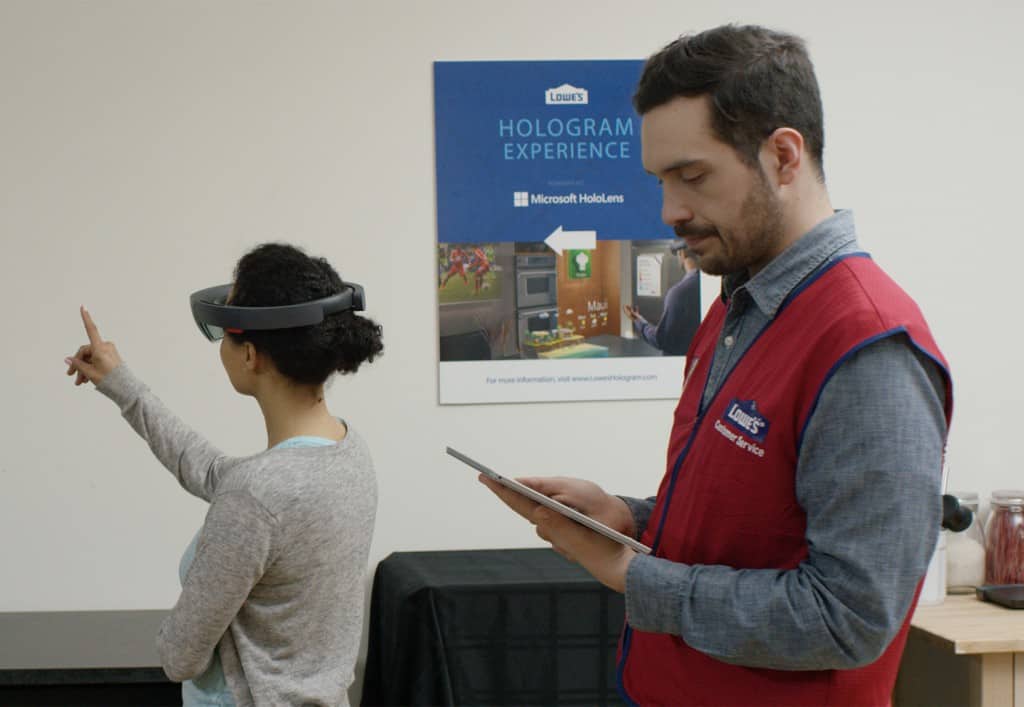 Ever wondered how the Microsoft HoloLens can be used for more than exploring the galaxy in 3D in your living room? Microsoft seems to have found another answer in home improvement, as it is partnering with industry-leading company Lowe's to help customers visualize their soon-to-be new kitchen in entirely new ways in mixed reality.

Specifically, at select Lowe's pilot stores, customers will be able to use the HoloLens to get an HD holographic overlay of new designs for kitchen cabinets, countertops and so on, making conceptualizing a remodel infinitely less tricky than before. Users reportedly will even be able to distinguish between different finishes, see objects in full size, adjust things on the fly, and share their preferred designs. Others can also join in on the view with a connected device like a Surface tablet, something Microsoft reportedly demonstrated live.

On Lowe's side, mixed reality means a new, simpler way of working with customers. As almost everything can be shown through holograms, store floor space can be reused, and the cost of rearranging samples can also be cut. It sounds like a complete revolution for the industry (which explains why people are excited), and it's happening.

Lowe's pilot program will reportedly start in the greater Seattle area before expanding to Raleigh, North Carolina, so if you live nearby, there's no better time to experience the magic of HoloLens, since the price of having one yourself right now is not that cheap. Microsoft has been touting the practicality of HoloLens in businesses for a while now in various marketing materials, and this collaboration marks the first time its vision has come to reality so close to the consumers.

The Xbox Spring Sale starts Sunday, pick up an Xbox One for $299