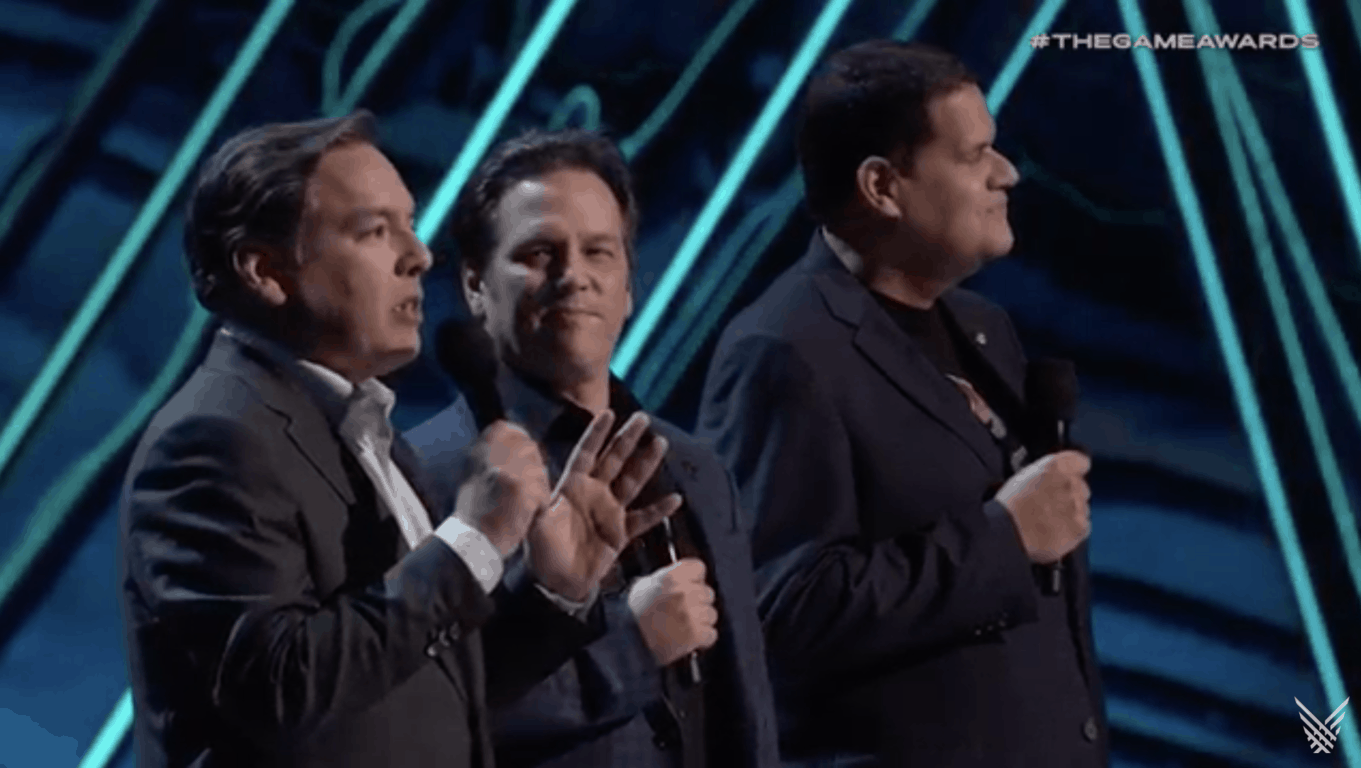 Yesterday, The Game Awards 2018 ceremony reunited the video games industry in Los Angeles to celebrate the best games of 2018. The event was held at the Microsoft Theater in downtown LA, the same venue where Microsoft held its much applauded E3 2018 press conference in June.

We already knew that Phil Spencer, executive vice-president of Gaming at Microsoft would be there, but it was quite a surprise to see execs from Xbox, Sony and Nintendo share the same stage. That’s right, Spencer delivered a shared speech with Shawn Layden, Chairman of Sony Interactive Entertainment Worldwide Studios (SIE) Worldwide Studios and Reggie Fils-Aimé, president and chief operating officer of Nintendo of America.

For a brief moment, it was like the console wars never existed and the three execs announced their commitment to support video games as an art form. “Together we will continue to invite new voices, creators, and players into our worlds, because when everybody plays, we all win,” Spencer said. You can watch the full segment below

In addition to Spencer, Xbox Games Marketing General Manager Aaron Greenberg also attended The Games Award Ceremony and came on stage when Forza Horizon 4 won this year’s best sports/racing game. Forza Horizon 4 was the only Xbox/Windows 10 exclusive game to be nominated, and it also lost to Red Dead Redemption in the Best Audio Design category.

My favorite part of @thegameawards awards is having the whole industry come together to celebrate our love of games. Great talking with @ShawnLayden & @XboxP3 was a blast. Big kudos to @geoffkeighley for all the work to make this event happen! pic.twitter.com/WwcB86z88f

If you missed the event, there was quite a lot of big news for Xbox gamers yesterday, including an ucpcoming winter-themed map for PUBG as well as an exclusive demo for Devil May Cry 5 which is available today. We also saw a brand new trailer for "Fortune Island," the first Forza Horizon 4 DLC which will be available next week on December 13.

The Microsoft 365 Insider program is "the evolution of the Windows Insider Program for Business," says Dona Sarkar

Save up to 50% off Shadow of the Tomb Raider, Battlefield V and more during The Game Awards Sale