Everything you wanted to know about Windows Remote Arduino

Windows Remote Arduino (WRA) is an open-source Windows library that allows any Windows 10 device to remotely control an Arduino. What is Arduino? Simply defined, Arduino is an open-source computer hardware and software company that has a widespread project and user community. Arduino designs and manufactures micro-controller kits for anyone looking to build digital devices and interactive objects that can sense and control objects in your home, office, or anywhere else.

The Arduino library allows developers to combine Arduino sensors with their own Windows projects, as well as to transfer tasks that are too complex for the Arduino to Windows for processing. The WRA library is available through GitHub for use on Windows 8.1, Windows Phone 8.1, Windows 10, and Windows 10 Mobile.

Here is a list of Arduino functions that WRA is able to control:

WRA also has a number of custom commands available for more advanced users via Firmata SysEx, available here on GitHub. If you are interested in trying WAR for yourself, all setup instructions are available here.

Microsoft developed Windows Remote Arduino API to be as close as possible to Arduino’s Wiring API. There are subtle changes as WinRT’s basic framework is slightly different from the basic Wiring language used in Arduino layouts. With a little bit of tinkering, it is possible to use the basic layout of Arduino in a Windows 10 Universal Windows Platform (UWP) app using WRA.

Here is a video showing a sample of WRA to control a blinking LED remotely. Complete instructions on how to do this yourself can be found at this Hackster post.

Besides the simple application like the one you’ve seen in the above video, there are other more advanced applications available that you can develop with WRA. Below is a video of how you can use your Windows 10 Mobile device to control an LED curtain powered by a WRA.

For more information on other projects like this, be sure to check out Windows on Devices webpage. You can also join the Windows Developer Community for IoT to collaborate and find more ideas on WRA projects.

Download the Windows Arduino Remote Experience app to get started. 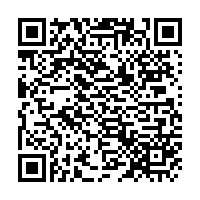