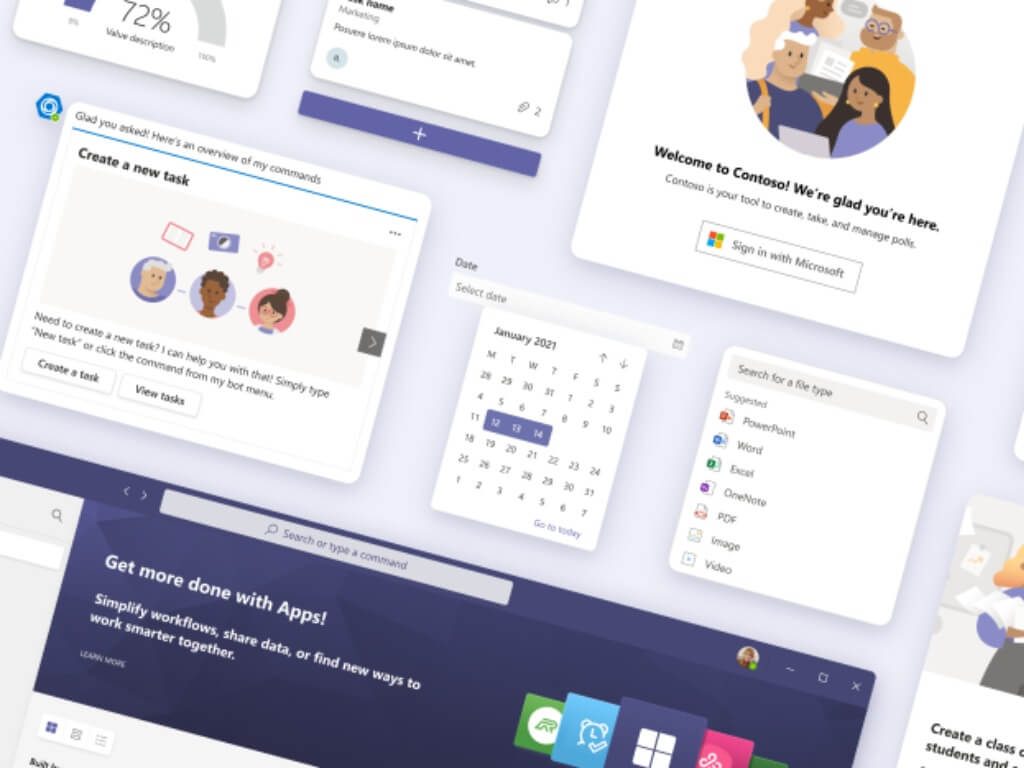 We've just entered the first day of March which means it's time to go back and look at everything that's changed in Microsoft Teams last month. Even though February is the shortest month of the year, Teams picked up a lot of new features, like the ability to pin chat messages. Here's a recap of the big highlights.

We start first with some key changes for Teams. In February, it became possible to mute notifications during meetings, so you can better focus. Microsoft also added the local time to users' profiles, so you can better be considerate of your colleague's schedules. Other changes include the ability to pin chat messages, change chat density, and respond to group approvals requests with Teams Approvals.

With meeting experiences, it became possible to join a meeting on both your iOS device and Teams Room with a single click. With this, audio on your device is turned off, and you're switched to a landing experience for engagement activities. Also new is the ability to pin or hide your own video in a Teams meeting, so you can focus during meetings when presenting. And, speaking of presenting, there's a new option in Microsoft Forms polls to engage meeting attendees with open-text questions.

Moving over to calling, there was the addition of Walkie Talkie on Teams phones devices, so you can use instant push to talk to speak to your colleagues. And, with Teams devices, there was the ability for IT admins to configure Teams panels to release reserved conference rooms that are not being used. Other calling changes on Teams devices include a check-in knock-knock notification on the Teams Room front room display, new reactions and content sharing on Teams Rooms for Android, more video feeds on Teams Room on Android. As for device-specific things, there's the ability to change wallpapers on Teams Room for Android, enjoy HDMI ingest sharing, and far-end camera control for remote meeting attendees.

As usual, we only hit the highlights with our monthly recap. There were changes to Power Platform and custom app development in Teams, Security and compliance changes like end-to-end encryption in one-to-one Teams mobile calls, and changes for Teams for government. You can see these in Microsoft's full recap.