Here’s everything coming to Microsoft 365 this week

This week Microsoft has made several announcements regarding new features that will to Microsoft 365. Here’s our recap:

Microsoft Teams: Mention Everyone in chat

Teams users will now have a new type of mention within their group and meeting chats. The feature tagged 101573 in the Microsoft 365 Roadmap will add the option for “Everyone” as part of the mention options. Therefore, when you select Everyone as your mention option, all the users associated with the group will receive a notification alerting them of the same.

The feature is set to start rolling out in late January and hit general availability in late February next year for desktop, iOS, and Android users.

Microsoft has announced that it will be adding a new feature tagged 85704 in the Microsoft 365 Roadmap. The export feature will let the admins download data from the list pages like teams list page, members list page, channels list page, and users list page as a CSV file. This feature is expected to ship to general availability next year in March.

Using the export feature, admins will be able to apply filters on these list pages and then export the filtered list rather than having to export the whole list.

On December 13, Microsoft began rolling out Idle session timeout, a feature that’s designed to “allow IT admins to configure a tenant-wide timeout policy to automatically sign out users after a period of inactivity on Microsoft 365 web apps.”

The feature tagged 55183 in Microsoft’s 365 Roadmap will help you secure your company’s confidential data from being accessed by unauthorized parties. This will also make it easier to work on shared or unmanaged devices. According to Microsoft, “this feature is an improvement over, and will eventually replace, current app-specific idle timeout settings in Outlook Web App (OWA) and SharePoint Online (SPO).” 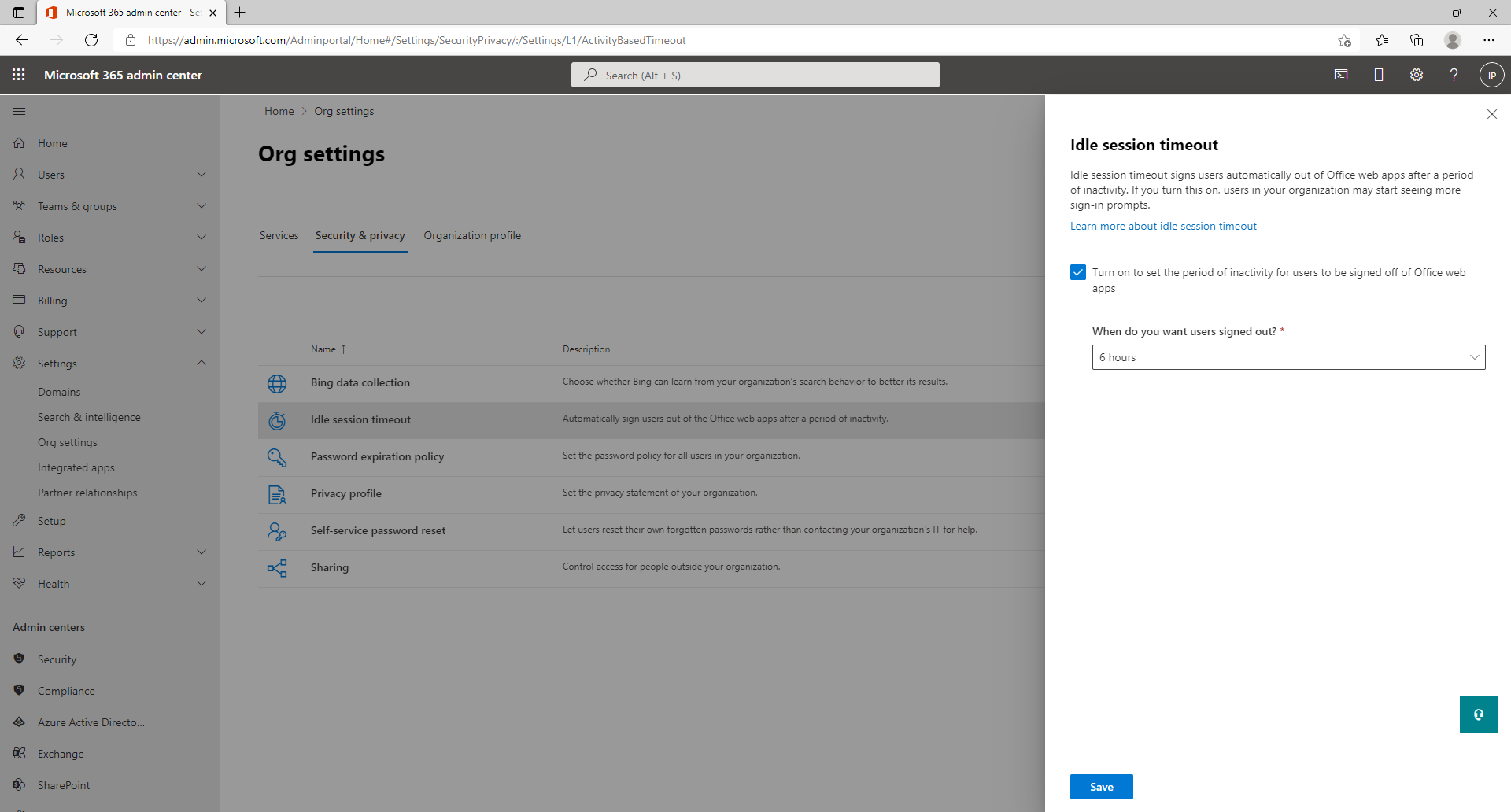 The feature is expected to ship to broad availability towards the end of August. Admins will be able to set how long a user can remain inactive on a Microsoft 365 web app before they get signed out automatically. To access it, you’ll have to make use of UX in Microsoft 365 Admin Center.

General availability – Receive all chats messages in all scopes

Microsoft also announced that it is extending the resource-specific consent (RSC) permissions model for receiving all messages to bot scenarios. It was originally developed by Microsoft Teams Graph APIs, and was available for the channel scope, but per this announcement, it is now available for the chat scope too.

The feature tagged 100883 in Microsoft’s 365 Roadmap is now generally available, therefore, conversation owners can now allow a bot to receive all user messages in standard channels and chats without being @mentioned.

The resource-specific consent (RSC) permissions model for receiving all message, originally developed for Microsoft Teams Graph APIs, is being extended to bot scenarios. This feature was available for the channel scope and now is being extended to chat scope. With RSC, conversation owners can consent for a bot to receive all user messages in standard channels and chats without being @mentioned.

Feature release status for your organization in Message center 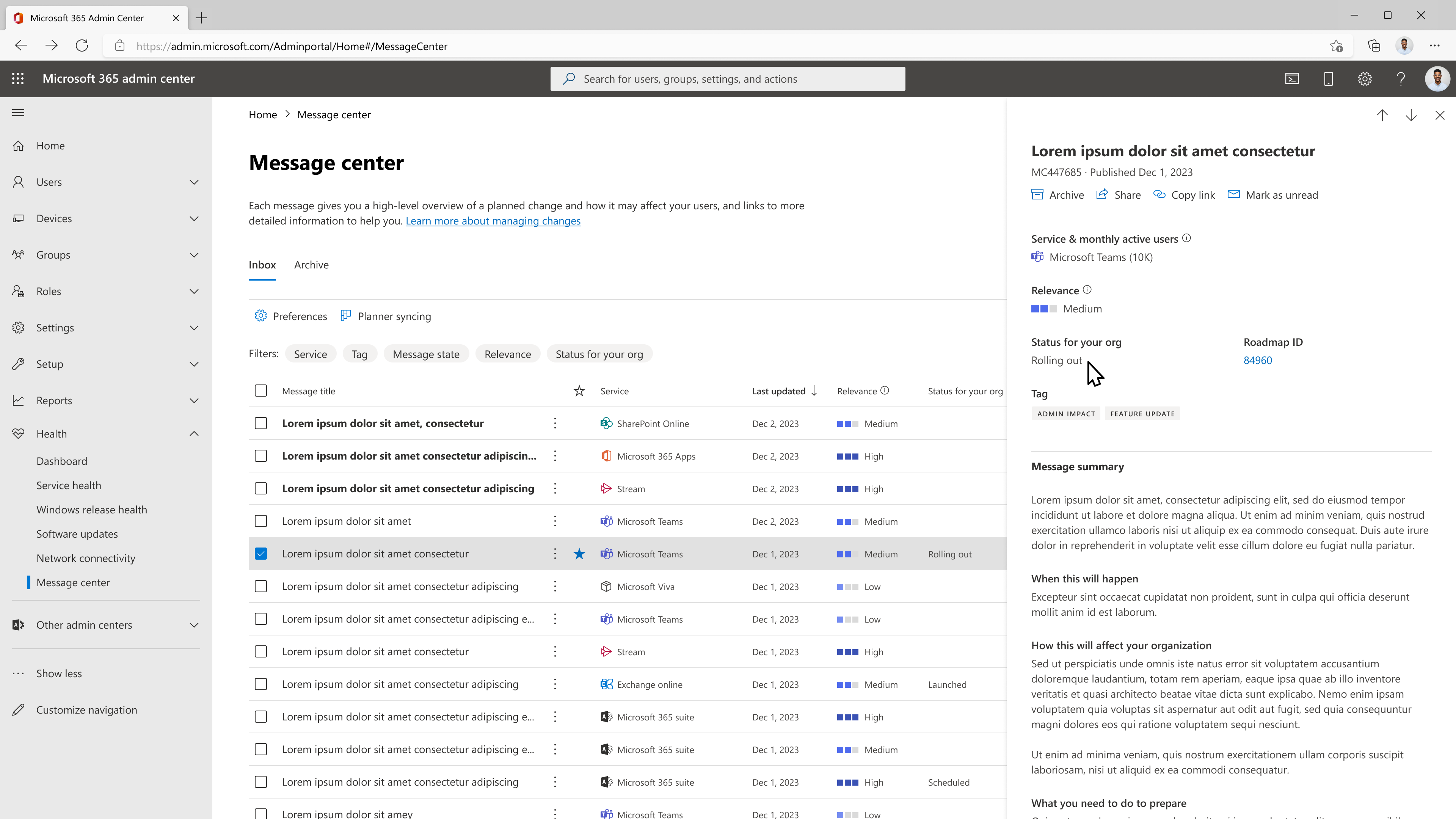 That’s it for this week folks. Be sure to check out last week’s recap in case you missed it. Let us know which feature you are looking forward to using in the comment section below.

Microsoft partners with Amazon, Meta and The Linux Foundation on Google Maps competitor