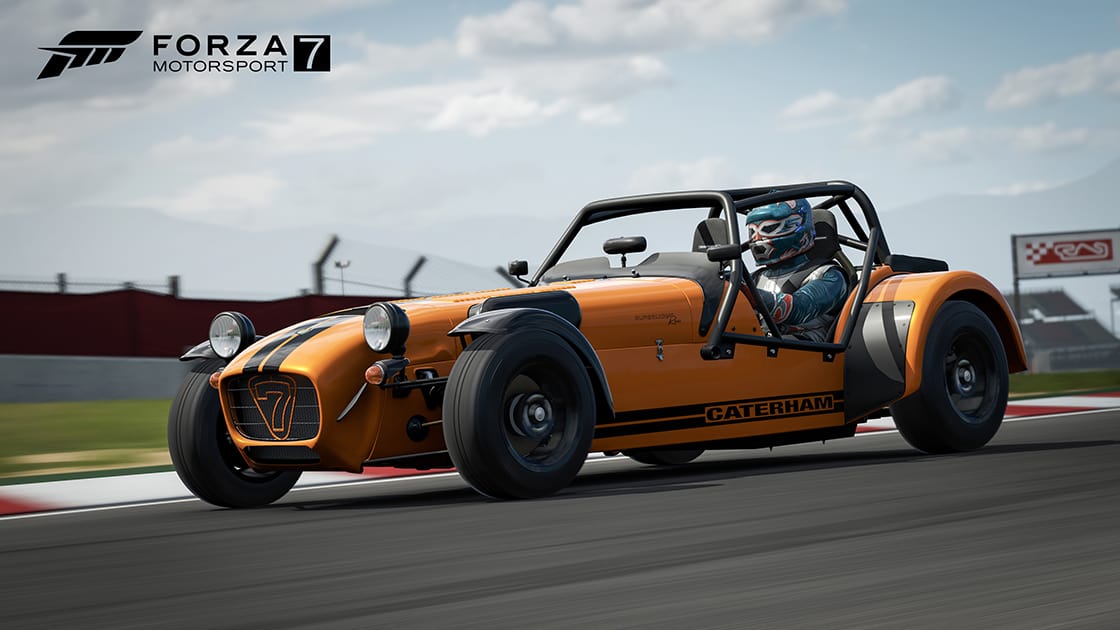 As the October 3rd launch of Forza Motorsport 7 fast approaches, the Forza team is continuing to unveil the cars which are part of this year's installment of the Xbox exclusive racing title. This week, extra emphasis is being put on European cars, representing some of the finest auto manufacturers in the word of motorsports.

Leading this week's reveals is the 2013 Caterham Superlight R500. This super light weight car is based on the design of the Lotus 7, and is bound to bring you some excellent performance no matter where you drive it in Forza 7. Other cars being revealed this week is the 2013 Abarth Punto SuperSport, 2016 Abarth 695 Biposto, 2015 Bentley EXP 10 Speed 6 Concept, and more. We've included a few notable cars from this week's reveals in the list below, and invite you to check out the full list of unveiled cars by heading to the official Forza website.

This is the fifth consecutive week that the Forza team has unveiled cars for Forza 7. You can catch up on all the Forza news by clicking here, and you can pre-order Forza 7 to ensure you will be able to drive all these cars on the same day the game launches.