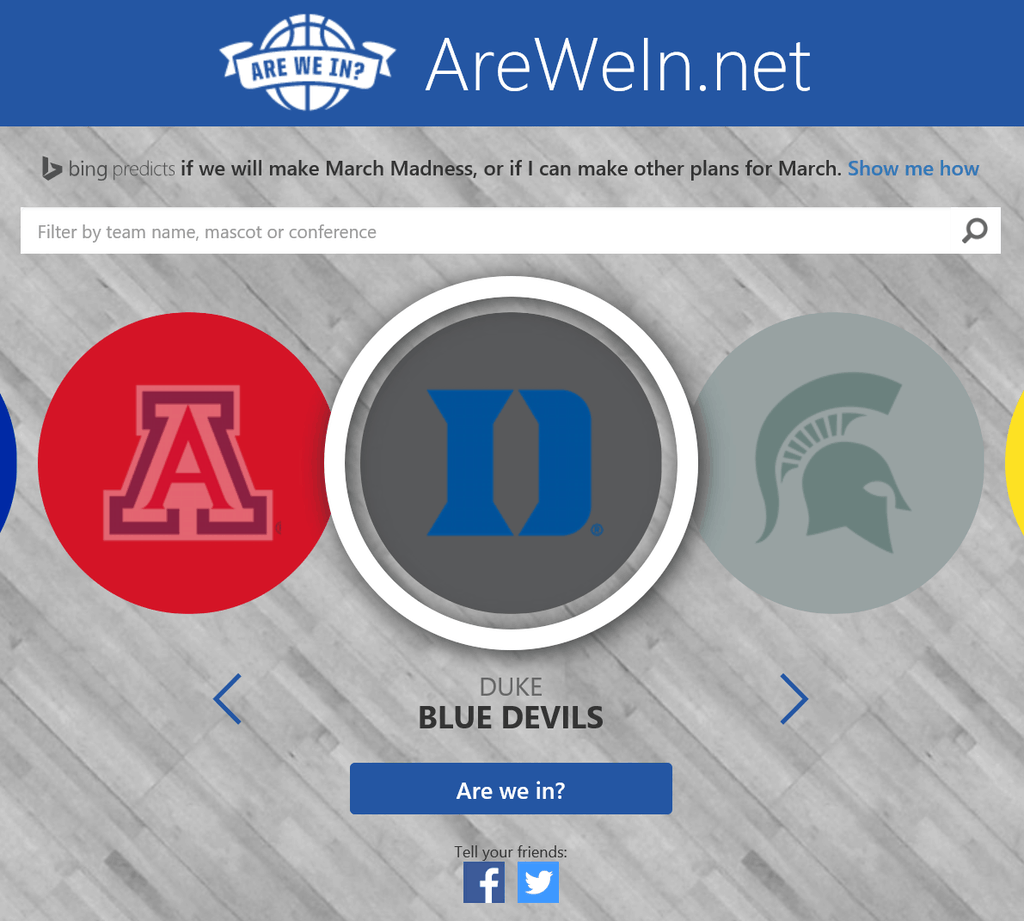 Bing Predicts has been great fun for fans of several competitions recently. Whether it be crowning the New England Patriots as the champions of the next Super Bowl or predicting the Golden Globe awards, Bing Predicts takes into account several different statistics to tell us in advance who’s going to come out as the winner in a given competition. Being added to the selection of competitions that Bing is predicting this year is Basketball – more specifically, the famous March Madness tournament.

ESPN’s Jay Williams guest-writes on Bing’s blog to show off the newest website that tracks Bing Predicts’ decisions. The website is aptly dubbed AreWeIn.net, and its function is exactly what it sounds like. Just plug in the name of the university that you’ve been rooting for, and Bing Predicts’ will tell you the percentage-chance that the team you chose, has of entering the tournament this coming March.

The impressive statistical tracking takes into account a great number of factors in to make these predictions. The win/loss record of the team is, of course, a significant element in the decision. Apart from that, however, Bing Predicts is also thinking about less obvious factors: things like ball control, rebounding, and field goal percentage are all plugged into Bing’s algorithm to make the most accurate prediction possible. Keep in mind that these results are going to be updated every single day as there are new numbers to be plugged in. So, if you’re a basketball fan, you should be sure to keep an eye on AreWeIn to see if you should start getting ready for any of your March Madness traditions this year.