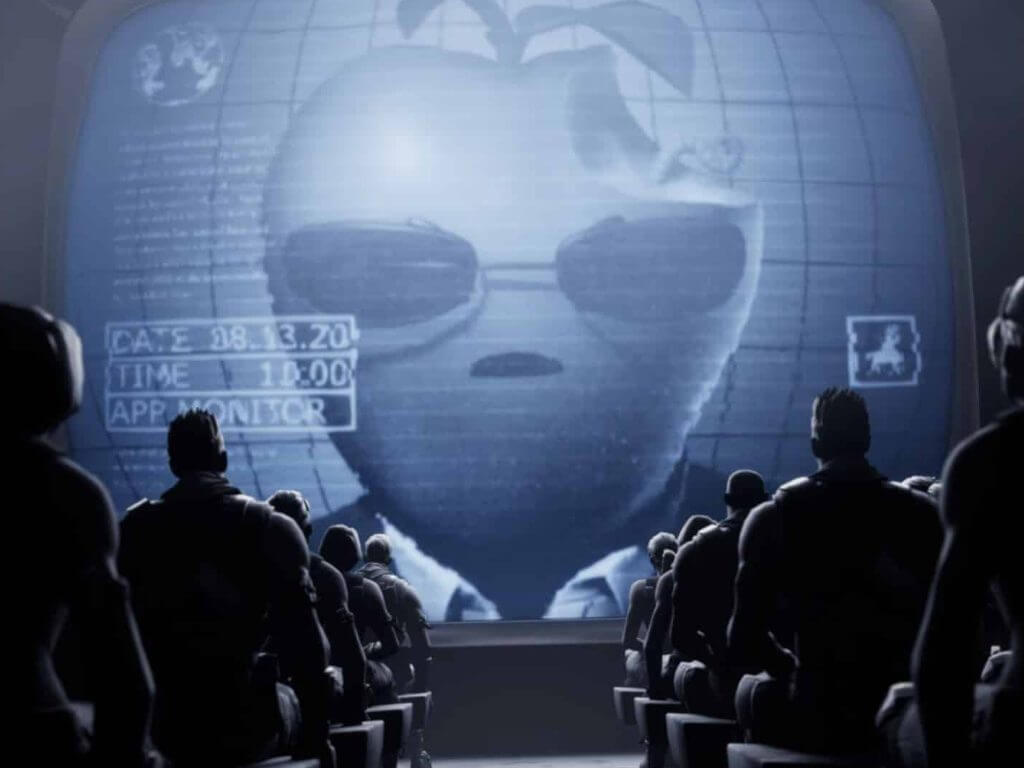 Microsoft briefly became the center of attention during the Epic Games v. Apple case as details regarding Xbox dev requirements surfaced through discovery.

Over the past week and half, the discovery portion of the Epic Games v. Apple trial has surfaced information about Sony and CrossPlay, Microsoft and the multiplatform appearance of Game Pass, and what constitutes a game or gaming console.

All-in-all, it's been a very illuminating few days of what's shaping up to be an 'epic' court battle. Sorry, I couldn't help myself.

While Microsoft has been mostly in the corner of Epic Games regarding its claim of openness in gaming, that didn't stop some relatively unflattering communications between the two come to light during the trial.

A confidential communications thread between Epic Games and Microsoft placed in a 222-page document alleging that Microsoft's nascent PC portion of Game Pass is "effectively bidding against us for content." 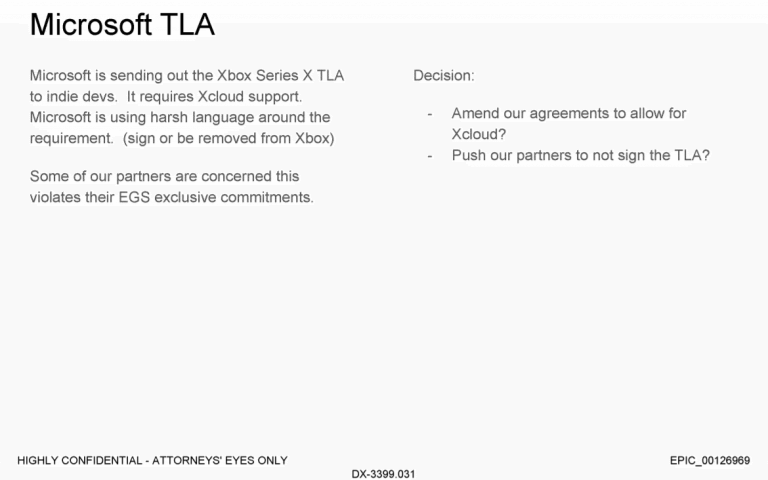 In a broader scope the 222-page document encapsulates an effort by Epic Games to compete with Steam by attempting to leverage deals with both Sony and Microsoft to put their titles in the EG Store.

At one point Epic Games approached Sony last year with a $200 million deal to bring four first-party Sony exclusives to the Games Store. The Epic Games document doesn't offer details on how the negotiations between Epic and Sony fared but Horizon Zero Dawn and Days Gone have both appeared in the Games Store as well as on Steam in recent months.

Epic Games has also reached out to third party players such as Activision/Blizzard, EA and Riot Games to bolster its store.

As for Microsoft, based on the Epic Games document, the Xbox team is working closer with Steam to get its Game Pass on that platform instead of Epic's. Tangentially related, Epic also claims that Microsoft is forcing indie devs to enable xCloud streaming support in their games before being published in the Xbox Store.

Epic Games is rather blunt in their paraphrasing of the alleged terms as they explain, "sign or be removed from Xbox."

The Verge, who is doing a stellar job of reporting on the trail, has reached out to Microsoft for comment but as obtain none as of this posting.

On the face of it, Microsoft's requirement may seem like traditional strong-arming to leverage a burgeoning product, but as the company looks to put more games on xCloud from both its exclusive studios and third parties, the alleged requirement also feels like a no-brainer.

A game may not launch with xCloud support on by default but at some point, it might become easier for the dev to maintain the game on Microsoft's server than its own.