End the year with one last Xbox One deal, buy a console get a free gift - OnMSFT.com Skip to content
We're hedging our bets! You can now follow OnMSFT.com on Mastadon or Tumblr! 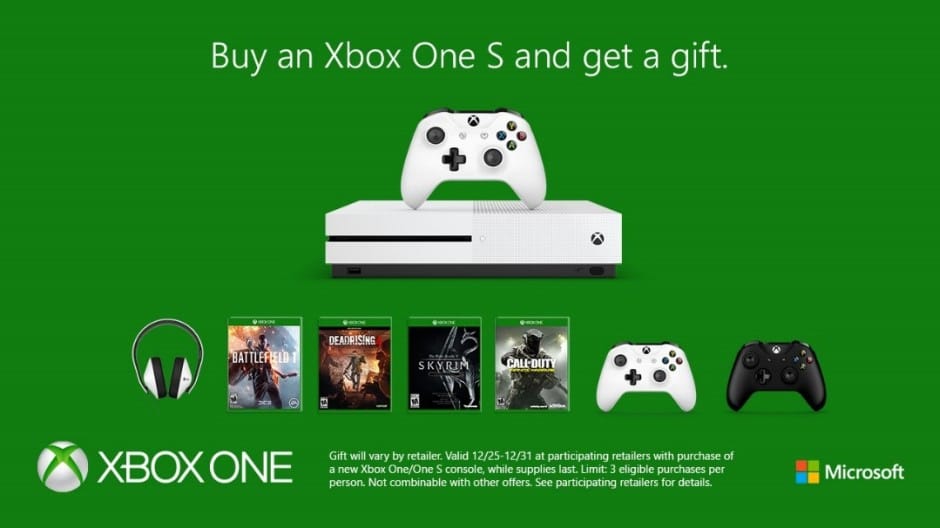 While Christmas is now behind us, we guess that Microsoft’s Xbox One S gaming console was found under many Christmas trees this year. But as the holiday season is not completely over yet, the Xbox team has just announced a last limited time promotion that may well help the company to sell more units before the end of the year.

Through December 31, consumers in the US who purchase any new Xbox One or Xbox One S console will get one of the following additional gifts along purchase:

Last but not least, the Xbox team also mentioned that some online retailers including the US Microsoft Store are also offering a special a $50 gift card in addition to a gift. We invite you to check the dedicated page on Xbox.com to find the best Xbox One or bundle for you.

This Week on Windows showcases Microsoft's biggest highlights of 2016

Get a new Xbox One? Make sure to check out the Xbox Countdown sale for great deals on games