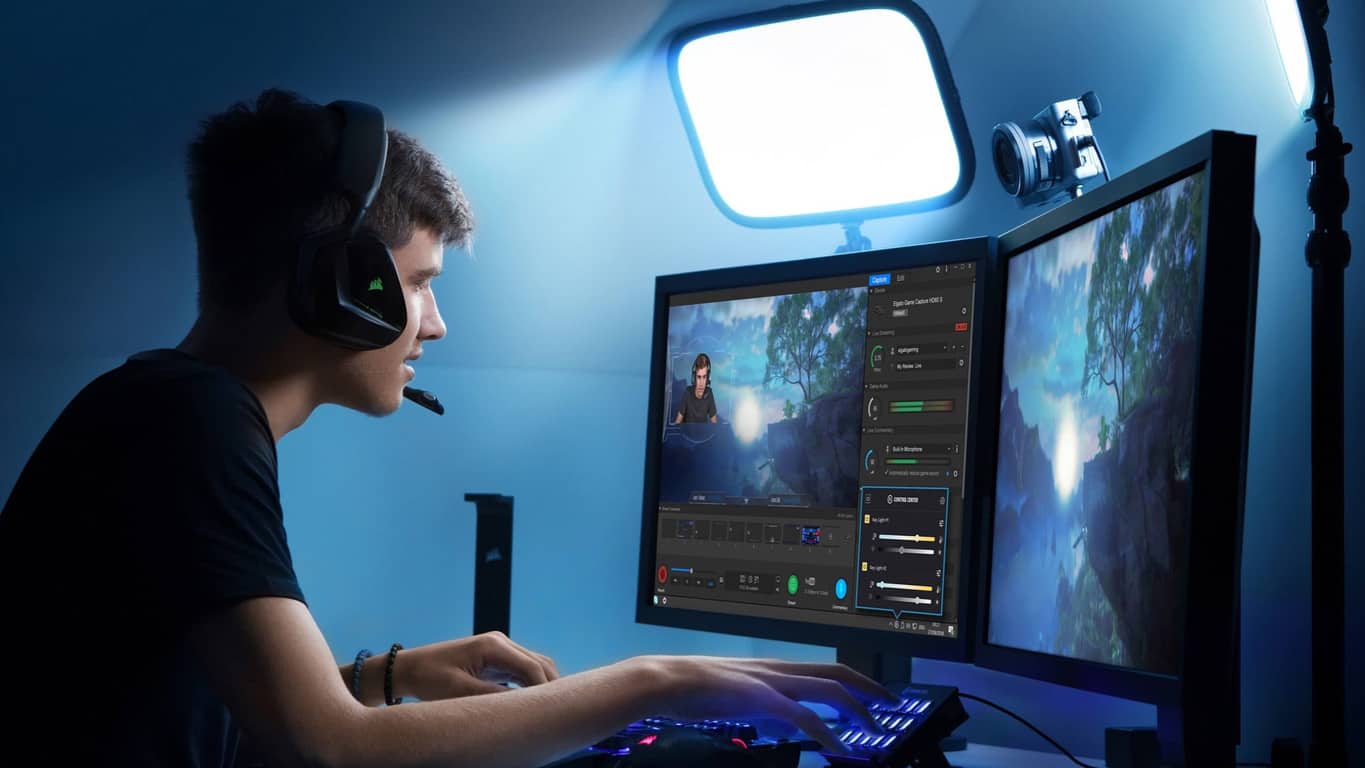 The first announcement was the launch of Screen Link, a new app for capturing footage from an iOS device and streaming it to a computer for broadcasting. The app is available to download for free but comes with a 15 minute time limit and a 16mbps bitrate restriction. A $9.99 one-off purchase upgrades the mbps to 30 and disables the time limit completely.

Also announced during CES 2019 was the Stream Deck SDK, a collection of tools and documentation for helping developers create custom integrations for the popular Stream Deck device.

The announcement that got the biggest reaction from streamers was that of the Elgato Key Light, a studio light designed specifically for video game broadcasts. The Elgato Key Light generates almost no heat due to its use of LED bulbs and attaches directly to a table or desk via a built-in clamp. The light connects to a computer wirelessly and can be controlled with Elgato's Control Center app or the Elgato Stream Deck.

Elgato gifted several Key Lights to some popular Twitch and YouTube streamers who have been secretly using them for the past week or so and the reaction has been generally positive all around. The Elgato Key Light has a RRP of $199 and has already sold out on Amazon.

Are you a video game streamer and are you excited by any of Elgato's announcements today? Let us know in the comments below, catch up on more CES 2019 news here, and then follow us on Pinterest for more tech content.