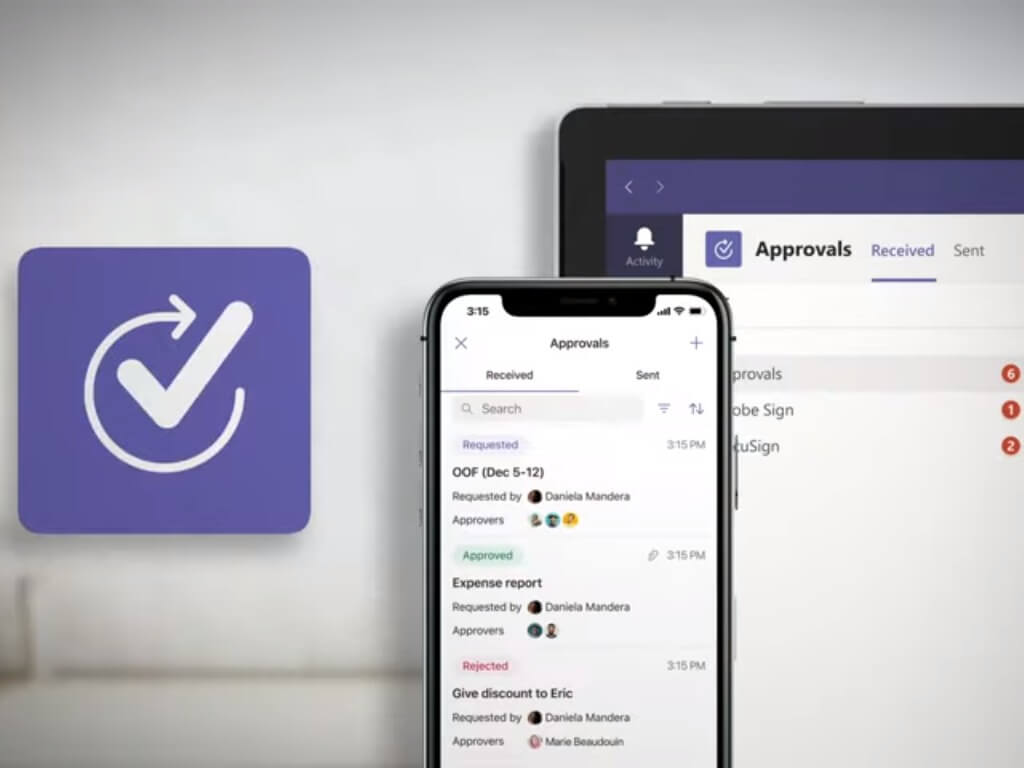 Microsoft has announced a bunch of new features and capabilities that aim to streamline approval requests in Teams. Most of these updates are already available, while the rest are slated for release later this month. The first new feature that the company highlighted today is the ability to create approval requests with an electronic signature natively within the new Approvals app.

“Now, key partners like Adobe Sign, DocuSign and other 3rd party providers allow you to create an electronic signature approval natively within the Approval app. With this new feature, approvers can add their signature without leaving Teams, enabling an efficient and faster approval process. Once the approval process is completed, the information is stored in Teams, and you can easily access the approval record and view the eSignatures,” the company explained. eSignature support will begin rolling out at the end of this month.

Next up, Microsoft Teams is introducing customizable templates in the Approvals app this month. Thanks to this feature, team owners and IT Admins will get the ability to create new templates quickly, customize and publish them for common approval requests like overtime and expense reports. This should make it easier for end-users to create and submit an approval request right from Microsoft Teams.

Microsoft has also launched some other new features, including new attachment capabilities. Teams users can now attach a generic link or any relevant files directly from OneDrive and SharePoint while creating an approval request. In addition, the company has introduced markdown support in the detail’s view and adaptive cards of the app. 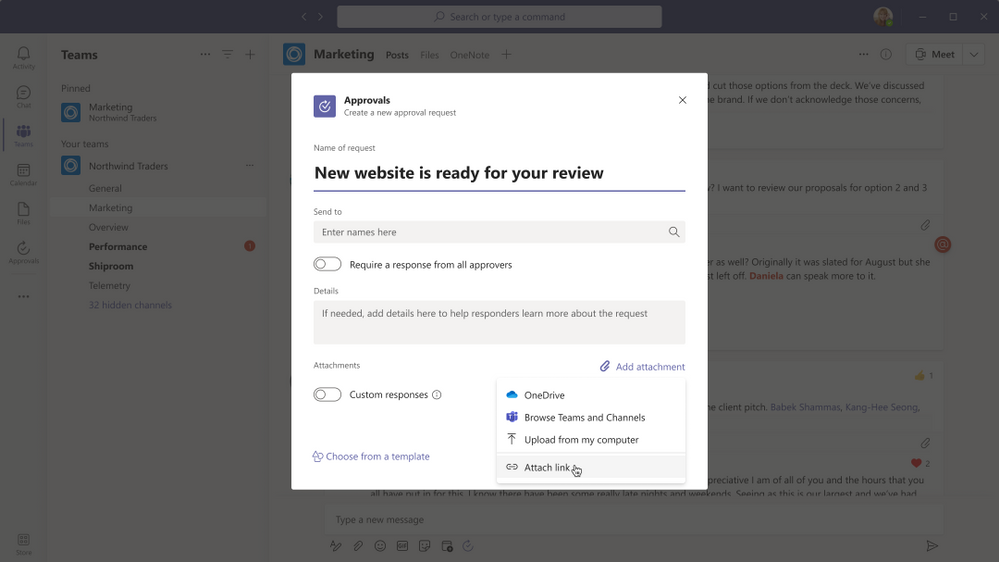 Finally, the app has added new "Approve" or "Reject" buttons on the adaptive cards, allowing users to accept or reject requests from within chats or channels. Microsoft noted that these buttons would only be visible to select users who have permission to respond to the approval request. If you’re interested to learn more about these updates, you can check out the official blog post.