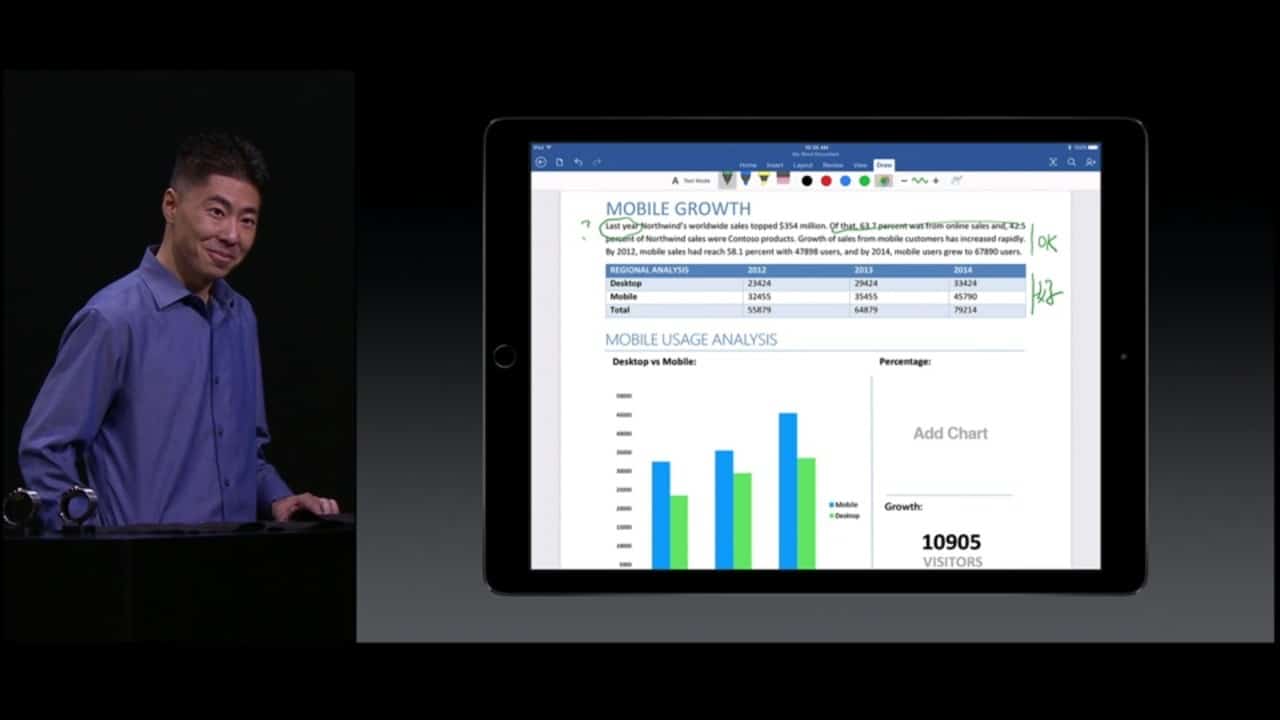 The iPad Pro is the talk of the tech industry this month. People have ranted about it, compared it to the Surface Pro 3, and pointed out that it should be compared to other devices. Despite running a mobile operating system in iOS 9, the iPad Pro is being marketed as a productivity device. Part of that marketing is based around its ability to run productivity apps (not programs) such as Microsoft Office. Users of Microsoft’s Office software will have to have an Office 365 subscription if they want to perform edits on their iPad Pro.

Microsoft confirmed to ArsTechnica that to enable editing capabilities within Office on the iPad Pro an Office 365 subscription is required.

This isn’t exactly new information. Microsoft has a size cutoff already in place, 10.1 inches. If a device is larger than that, it requires an Office 365 subscription to edit documents (though Windows 8.1 and Windows 10 tablets also have the option of running full versions of Office). If it’s smaller than 10.1 inches the devices is deemed “mobile” and does not require an Office 365 subscription to edit documents. This is more of a confirmation that the rule that’s previously been in place affects the iPad Pro.

Office has made its way onto all of the major operating systems and Microsoft has found a good way to monetize the software. Even though it was an Apple keynote, Microsoft was invited on stage to show off Office running on the device. Many have counted this as a major coup for Microsoft which is positioning itself as a productivity company regardless of the device or operating system a user is using.