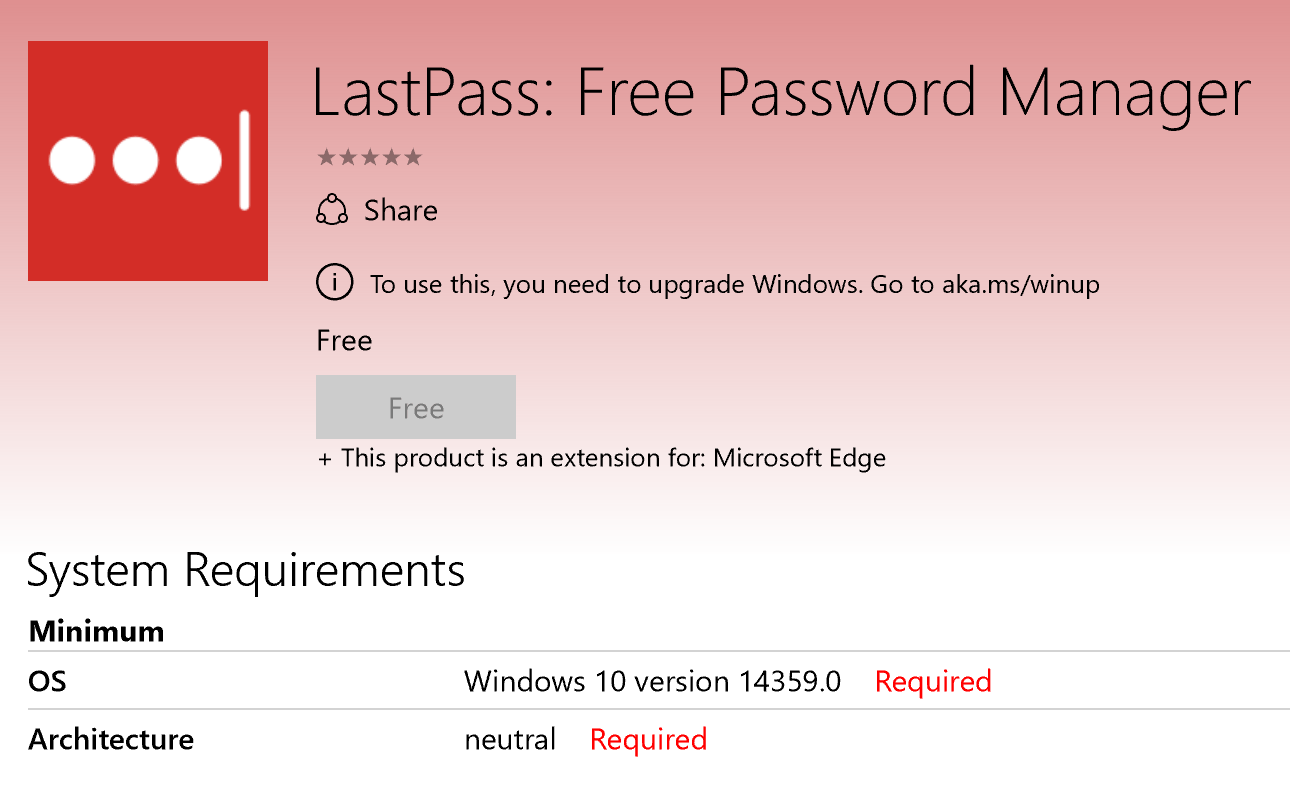 While the Last Edge extension did work on build 14352 at the time of our previous report, it no longer seems to be the case. After we received a tip from one of our readers today (thanks Joshua!), we can confirm that Windows Insiders can no longer install the LastPass Edge extension right now. As you can see below, the Install button is now grayed out and the Windows Store details that the Edge extension now requires Windows 10 version 14359.0

Anyway, we’ll have to wait for the next Insider builds to see if the LastPass Edge extension becomes once again available to install for Windows Insiders on the Windows Store. Did you get the chance to try this extension before it became unavailable? Please let us know about your experience in the comments.