Update: (Author’s note: I attempted to install the Page Analyzer extension from the Windows Store, and it did not install for me. Hence, I wrote the story as follows, which more questioned the Windows Store implementation than the extension itself. However, at least one reader has indicated that the extension installed successfully from the Store. So clearly, this is still a work in progress and your mileage may vary.)

Some of the biggest Windows 10 news last week was the release of Windows Insider build 14291, which introduced the long-awaited Edge extensions. While there are “officially” three extensions available, along with at least one new third-party option, they need to be manually sideloaded through a relatively cumbersome process that really speaks to their preview nature.

Today, however, we received word that Microsoft has published at least one new Extension in the Windows Store, Page Analyzer. Ultimately, the Windows Store will be the mechanism by which Edge extensions are distributed and managed, and so this is interesting news.

Clicking on the Windows Store link opens the app as expected, and the installation button does work.

Installing the extension on a Windows Insider machine doesn’t do much, but it doesn’t cause any errors, either. As you can see in the screenshot below, the extension doesn’t actually load in Edge.

However, this is, at least, a sign that Microsoft may be closer than we expected to implementing the long-term Edge extensions process. We’ll keep an eye on these developments, and will let you know just as soon as you’ll be able to hit the store to install more easily those nifty upcoming Edge extensions.

Page Analyzer for Edge in action, aka WinBeta pls part 67: The extensions you claim is broken actually does work pic.twitter.com/rcysiDBSA1 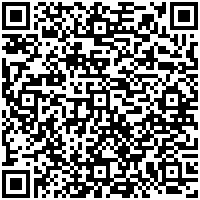 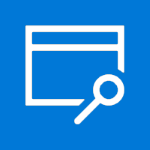 Thanks to WinBeta reader Andrea81 for the tip!