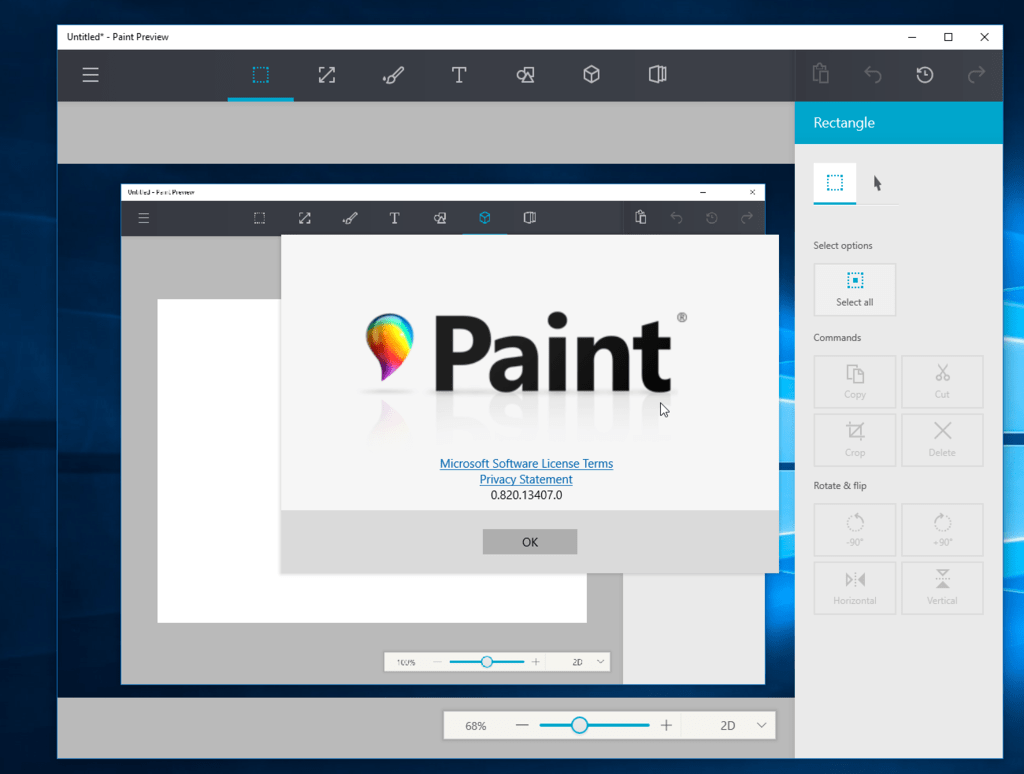 Just last week, several early details on Microsoft's long-rumored new Windows 10 Paint app leaked by way of a new promotional video. Now a week later, the Windows Blog Italia has managed to get their hands on a leaked version of the app, and, in turn, has also revealed even more details on what to expect from Microsoft's new official Windows 10 paint app.

The new paint app for Windows 10 reportedly brings a brand new interface (which is very similar to those in stock Windows 10 apps), and also has support for pen, touch, and many other features which are not already included in the desktop program. Other features include the ability to import and export 3D models, access the community to discuss a project, new 3D elements, 2D forms, customizable text, and the ability to select new types of pens, pencils, and brushes.

Currently, Windows Blog Italia has a how-to guide on how to install and download the leaked early version of the app. An install requires the November Update (Build 10586), Anniversary Update (Build 14393) or Redstone 2 (Build 14936 or later) 64-Bit. You can head over here to check it out, but it is worth noting that the install requires you to head into Windows PowerSheall and run a command, and also download a password protected file.

Microsoft's October event is just a few weeks away, and more official details on this app could perhaps emerge then. We will be at the event live, so once an official announcement happens we will be here to cover it for you. For now, if you're the adventurous type be sure to check out the new Paint app, and let us know what you think by dropping us a comment below!

A Microsoft UX Designer is using HoloLens for art installation