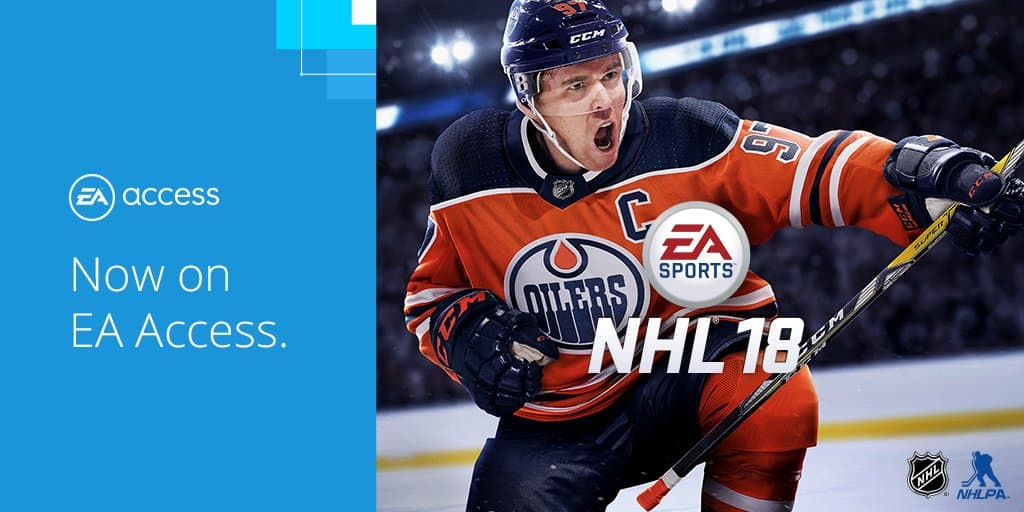 EA Sports NHL 18, the latest entry in the NHL video games series is now available on EA Access, EA announced yesterday. The ice hockey simulation video game was released back in September on the Xbox One, and you can now play it for free with EA’s subscription service.

NHL 18 is the third EA Sports game to join the EA Access Vault this year following the addition of Madden NFL 18 and NBA Live 18 in February. FIFA 18 isn’t probably too far away, as its predecessor FIFA 17 was added to the Vault back on April 21, 2017.

EA Access gives you access to rich catalog of EA games including shooters, sports and racing games. Subscribers can also try new EA games before launch and get 10% off EA digital purchases. For just $29.99 a year, this a nice complement to Microsoft's Xbox Games Pass subscription service, which is currently $9.99 per month.