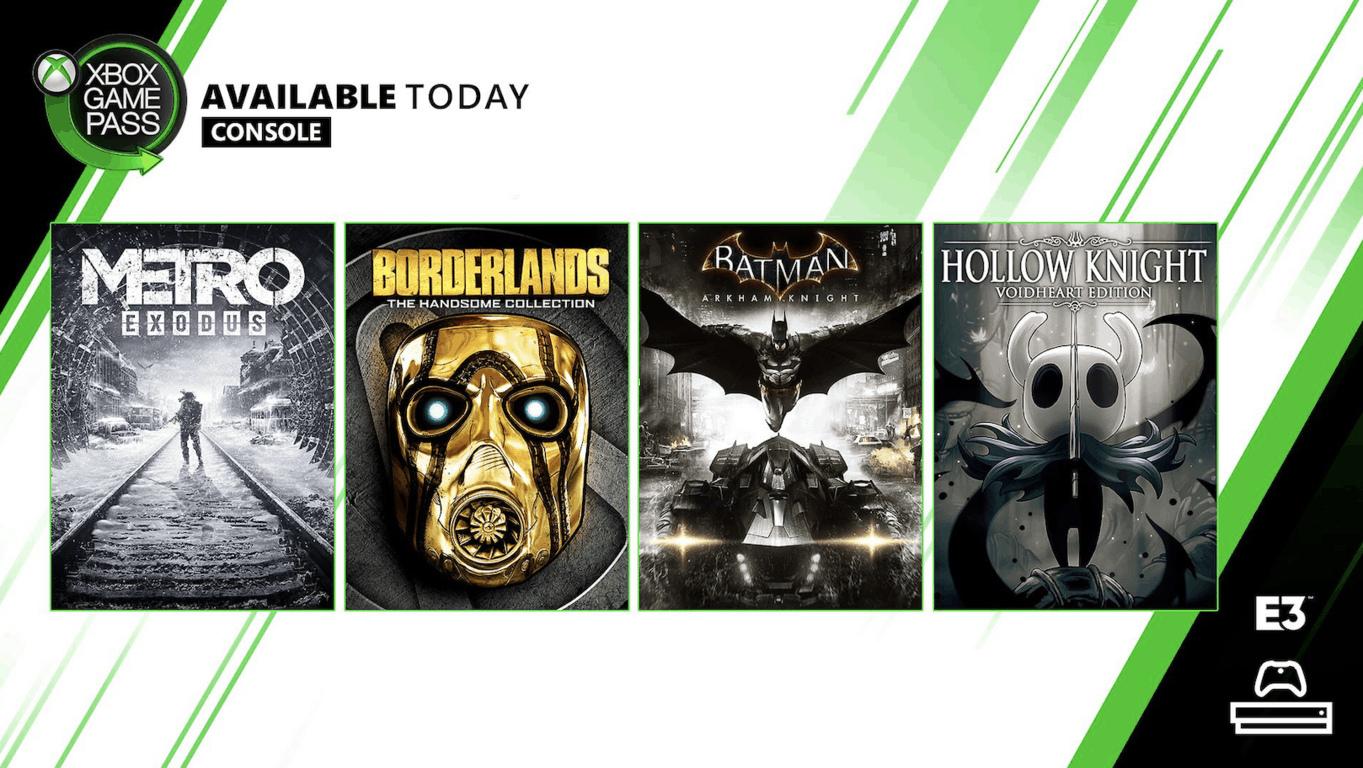 Four new games are joining the Xbox Game Pass catalog on console today, including Metro: Exodus. The post-apocalyptic shooter was released on Xbox One back on February 15, and it’s also available on the new Xbox Game Pass for PC that launched today.

If you look at this photo, you'll see four major games that we just added to Xbox Game Pass for Console

if you click this link, you'll see a list of even more games that we just added: https://t.co/e8QYC7mLfj

In case you missed it, Microsoft’s E3 press conference was pretty busy with 14 new Xbox Game Studios titles, a new game studio announcement, a new Xbox Elite Controller, new details about Project xCloud, and the Project Scarlett reveal. Microsoft also confirmed today that Gears 5, Battletoads, Bleeding Edge, The Outer Worlds, Ori and the Will of the Wisps will premiere  in Game Pass, along with 25 games from the [email protected] program.