Since its reveal two years ago, We Happy Few has been heavily promoted by Microsoft due to its unique concept and visual flair, and the game was once again highlighted during Microsoft's E3 press briefing where we learned that it would release on August 10th. Digital pre-orders are now live for Xbox One owners in most regions (grab it here) but unfortunately due to its strong focus on drugs and the fact that players are encourage to take a drug in-game to decrease the difficulty level, the title has been outright banned in Australia.

While this is disappointing for one of Xbox's strongest markets, We Happy Few does appear to have been rated and approved in all other regions so if the option to pre-order the game is available here or on your Xbox One, you should be able to play it on launch day.

Are you excited to play We Happy Few and are you frustrated that it got banned? Let us know in the comments below and make sure to follow us on Pinterest for more Xbox content.

Update: Contrary to what we originally wrote, We Happy Few isn't an Xbox exclusive and will launch on PlayStation 4 this year. The post has been updated to reflect this. 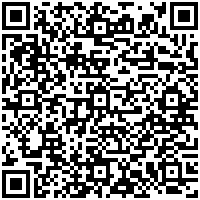