Dumb Ways to Die 2: The Games was released on Android and iOS in Nov. 2014. Since then there has been no sign of it arriving on any Windows platform; until now. It may or may not be a coincidence that it arrives on Windows 10 as a universal app. That means it can be played on Windows 10 PCs and more importantly Windows 10 phones and tablets. Perhaps the temptation of a 100 million device market and counting was too much for the developer to ignore. Obviously as Windows 10 Mobile hasn't officially been released yet, you need to be a Windows Insider to play it on phones or tablets.
The game can be downloaded now for free with optional in-app purchases. The aim of the game is to guide several cute characters through 36 dangerous sports games and to try to keep them alive as long as possible. It is inevitable that your character will die because if you survive a race circuit three times, you have to do it all again but at a faster pace. Some of the events you can expect your character to die dumbly in are:

Developed by Metro Trains in Melbourne, the game is the latest part of a campaign to promote safety around railway tracks. The campaign started with a video that went viral because it's frankly hilarious. The video is shown below and gives a taste of what can be found in the game.


Due to the success of the video, Metro Trains Melbourne developed the first Dumb Ways to Die game; which never made it to Windows. Perhaps if enough people download this game, the developer will bring over the first one too.
This game joins the likes of Lara Croft Go and Gameloft’s Dungeon Hunter 5 which are also universal apps. Lara Croft Go was surprisingly released on Windows Phone at the same time as iOS and Android. Perhaps developers are now treating the Windows platform as an equal and Microsofts "One Windows" is beginning to pay off. 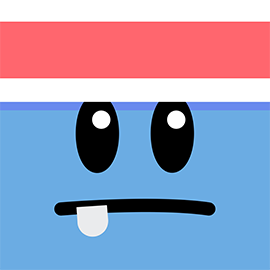