If you're looking for a good PDF app to read, annotate and mark up your PDFs, then maybe you should try Drawboard. This Windows Store app currently offers an intuitive user interface, stylus and touch input separation, smooth and natural pen inking and an impressive array of annotation tools. It's currently one of the top paid apps on the Windows Store right now, and it also comes pre-loaded on Microsoft Surface Book, Surface Pro 4 and Surface 3.

While the app has been receiving frequent updates so far, Drawboard developers have also been working on a newer version of the app and just announced an update to that newer version, Drawboard 5.0 "beta" for Windows 10 which the team says is "a complete re-build from the ground up." Drawboard 5.0 beta will feature increased performance and stability, but there are also some caveats that come with the update version. Unfortunately, customers reliant on the Windows 8.1 and 8 versions will no longer be seeing updates to the current versions of Drawboard as the developers transition their work to focus on  Windows 10 development. Also, some features like Auto-save, Sound Notes and Group stroke inking have been removed in this beta version (perhaps depending on user feedback we may see them return in future releases). Please find the detailed changelog below:

The app appears to be in closed beta-testing right now, and the team said on Twitter a week ago that the public launch was "not far off."

@WuHuanran Stay tuned, not far off 😉

It's good to see developers of popular apps embrace the Windows 10 platform, and we'll let you more about Drawboard 5.0 as soon as the team releases the beta for everyone to try. If you already use and like this app on your Windows tablet or PC, please tell us about it in the comments. 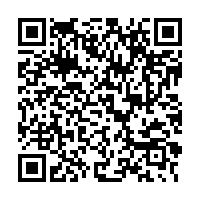 Keep up to date on Build 2016 on Android and iOS