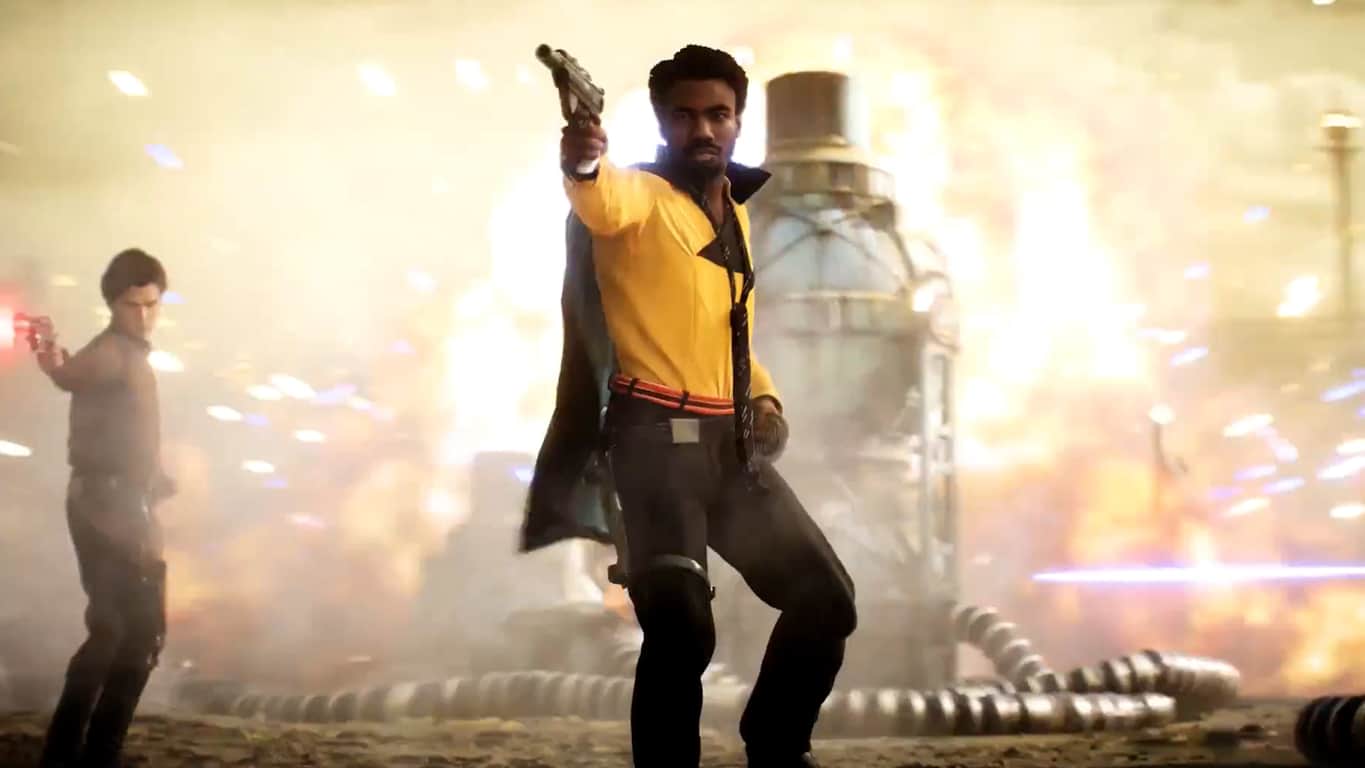 Details on the second half of Star Wars Battlefront II's Han Solo Season of content have been officially announced and all of it will launch in just a few days on June 12th.

In addition to a variety of small bug fixes and balancing changes, this update to the game will add two new skins for Han Solo, two new skins for Lando, and one for Chewbacca. All five of these new skins are based on the appearances of the characters in the recently released film, Solo: A Star Wars Story. While Chewbacca's new look isn't too different from his current skins in-game, the new Han and Lando skins are completely different due to being based on the actors who play them in the new film, Alden Ehrenreich and Donald Glover.

Other new content being added with this update includes the new location, the Coaxium Mines of Kessel (also from Solo: A Star Wars Story), a new game mode called Extraction, a new version of the Millennium Falcon piloted by Lando and L3-37, and a visual redesign of the game's menu system.

All of this new content is technically free for all owners of Star Wars Battlefront II however the skins will need to be purchased either by in-game currency (Credits) which can be earned by playing or by purchasing Crystals with real-world money. The Millennium Falcon will also need to be purchased with Credits.

More news regarding future Star Wars Battlefront II content is expected to be announced this weekend during the special EA Play event. The game has also currently been heavily discounted on Xbox One and is now 67% cheaper than usual.

Are you excited for fresh Battlefront II content? Let us know which bit of the Han Solo Season you like the most in the comments below and make sure to follow us on Pinterest for more Xbox video game news.

Sea of Thieves gets crew and reward improvements in latest patch