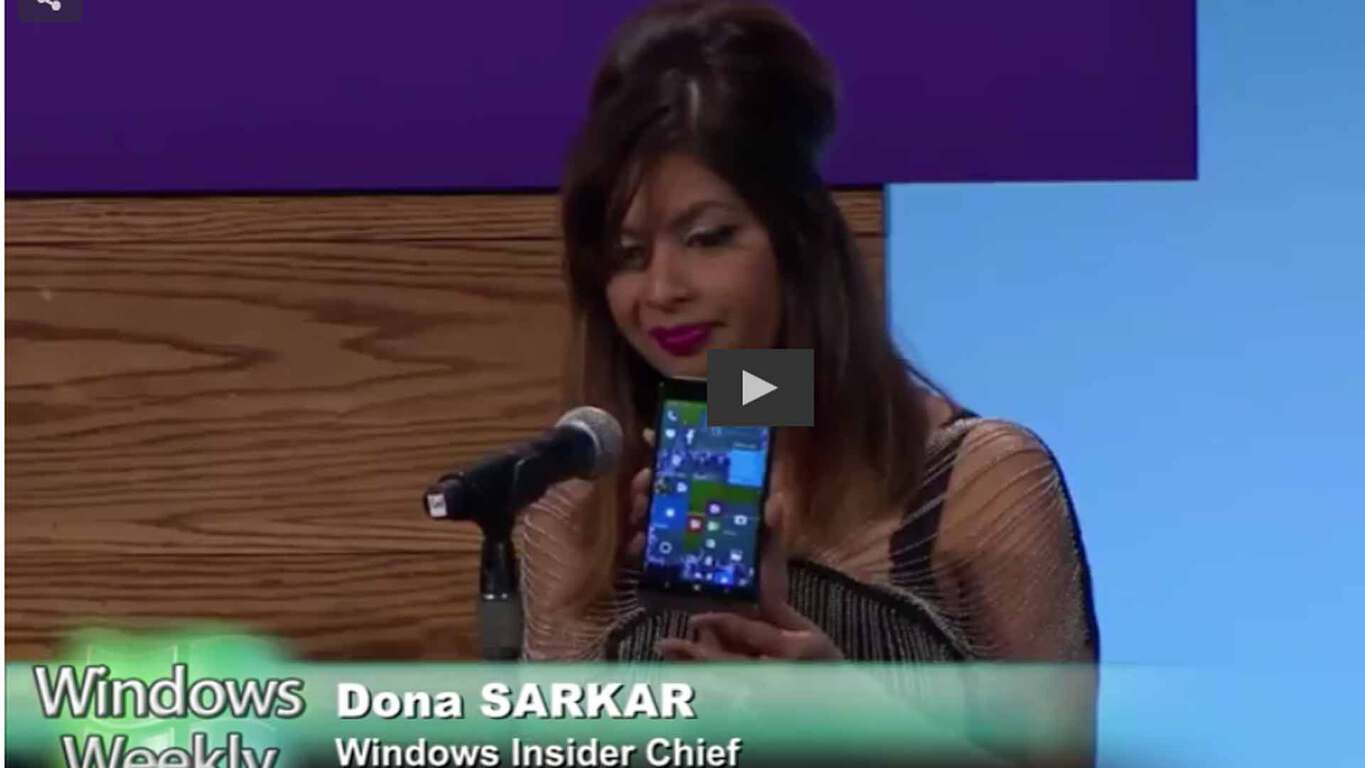 Microsoft watchers have been focused on Toronto this week as Microsoft held its annual Worldwide Partner Conference, and Paul Thurrott and Mary Jo Foley hauled their weekly podcast on all things Microsoft up north, too.

Along with Microsoft Distinguished Engineer James Whittaker, Windows Weekly welcomed rising star and Insider chief Dona Sarker up on stage. She showed off her shoes, pulled out an HP Elite X3 out of her bag, and talked about the Windows Insider program.

Sarkar explained that the Anniversary Update will be rolling out in waves, starting August 2nd, but that “it’s going to be a global rollout, it’s going to take time, everyone’s going to freak out, where’s my update?” PCs and mobile will gain the latest stable version of Microsoft’s OS first, with Xbox and HoloLens rolling out on separate schedules.

Sarkar went on to talk about “a lot of cool stuff coming this fall,” in answer to another Thurrott question, about making builds a cumulative update. “We may try to flight the flighting system,” Sarkar said, and said that Microsoft is testing a number of ways to make installing new builds faster, with a smaller footprint.

You can check out the full Windows Weekly episode on TWiT-TV.