The two-year-old Domino’s Pizza app for Windows Phone 8 and 8.1 is the only pizza purchasing experience most Windows users have with the franchise. Other than a tangentially related Xbox One specific app tailored for a UK market and the Domino's India Windows Phone app, the Domino’s Pizza app sat in relative obscurity for other users, receiving minimum support and occasional updates.

With Windows 10 rolling out to some 200 million devices, the folks over at Domino's are beginning to reevaluate their app presence. Recently, the Domino’s app for Windows Phone received a spec bump that enabled its use on Windows 10 Mobile devices. Prior to the update, Windows 10 Mobile users were met with either an infinite loading screen or an immediate app crash, neither of which solved an urgent hunger crisis.

Since the update, Windows 10 Mobile users can now, in effect, enjoy the same purchasing experience of Windows Phone 8 and 8.1 users when it comes to ordering a pizza via their mobile device. While weathered Windows Phone supporters undoubtedly appreciate breadcrumbs such as spec bumps and minor bug fixes, the Domino’s app update is, unfortunately, just that.

Currently, the Domino’s app is sitting on a two-year-old design and offers very little Cortana or Windows 10 integration, i.e. design, universal app base or PC download options. With a Xbox One app available for the UK market, a Windows Phone app for India and a Windows 10 Mobile enabled app for the US, it would seem that a Universal Windows App for everybody should be the companies next step.

There is no word on whether or not the app will evolve into a universal experience or if Domino’s believes that a Windows 10 Mobile app and a UK-specific Xbox One app are the two best purchase solutions for you. 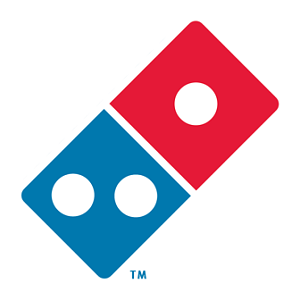