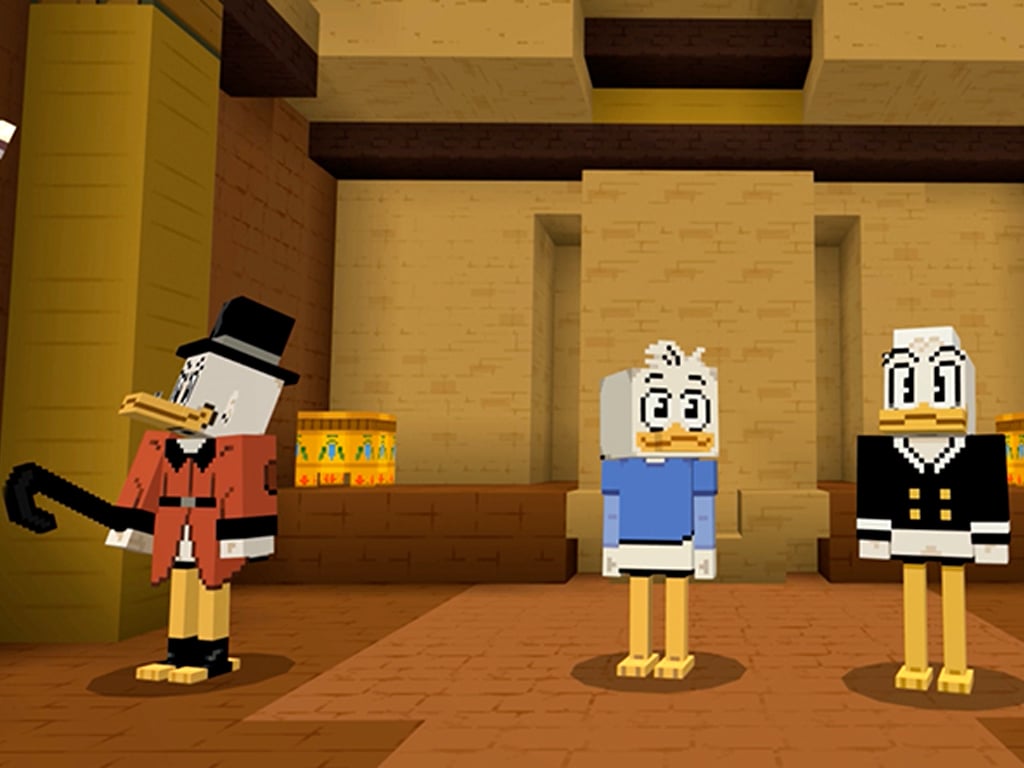 The popular video game, Minecraft, got some extra family-friendly magic today with the addition of 30 characters from the Disney cartoon series, DuckTales.

In addition to the DuckTales characters, a DuckTales Adventure Map was also added to the game. Both can be purchased from within the Minecraft game via the in-game Marketplace Store.

“The DuckTales Adventure Map consists of two hair-raising storylines that include multiple quests and mysteries all around the world,” the announcement on the official Minecraft blog reads. “Solve puzzling puzzles, race to riches, or parkour your way to treasure as you investigate long-forgotten places and ancient areas! Gather up to 50 collectables, like artefacts and valuable objects, and put them on display in the McDuck trophy room OR spend hours counting your spoils in the Money Bin as you accumulate wealth throughout the map!”

Minecraft has a long history of including content inspired by other properties. The game recently added some skins based on Toy Story for example.

The Microsoft-owned Minecraft game is available on Windows 10, Xbox One, mobile, and other platforms such as the Nintendo Switch and supports crossplay and cross-saving of content between versions using the same Xbox account so those who buy this new DuckTales content on one device should be able to play it on another. The one exception, of course, is the PS4 version which still doesn’t support crossplay.

Do you play Minecraft? Let us know what you think of this new DuckTales content in the comments below and then follow us on Twitter for more gaming news.