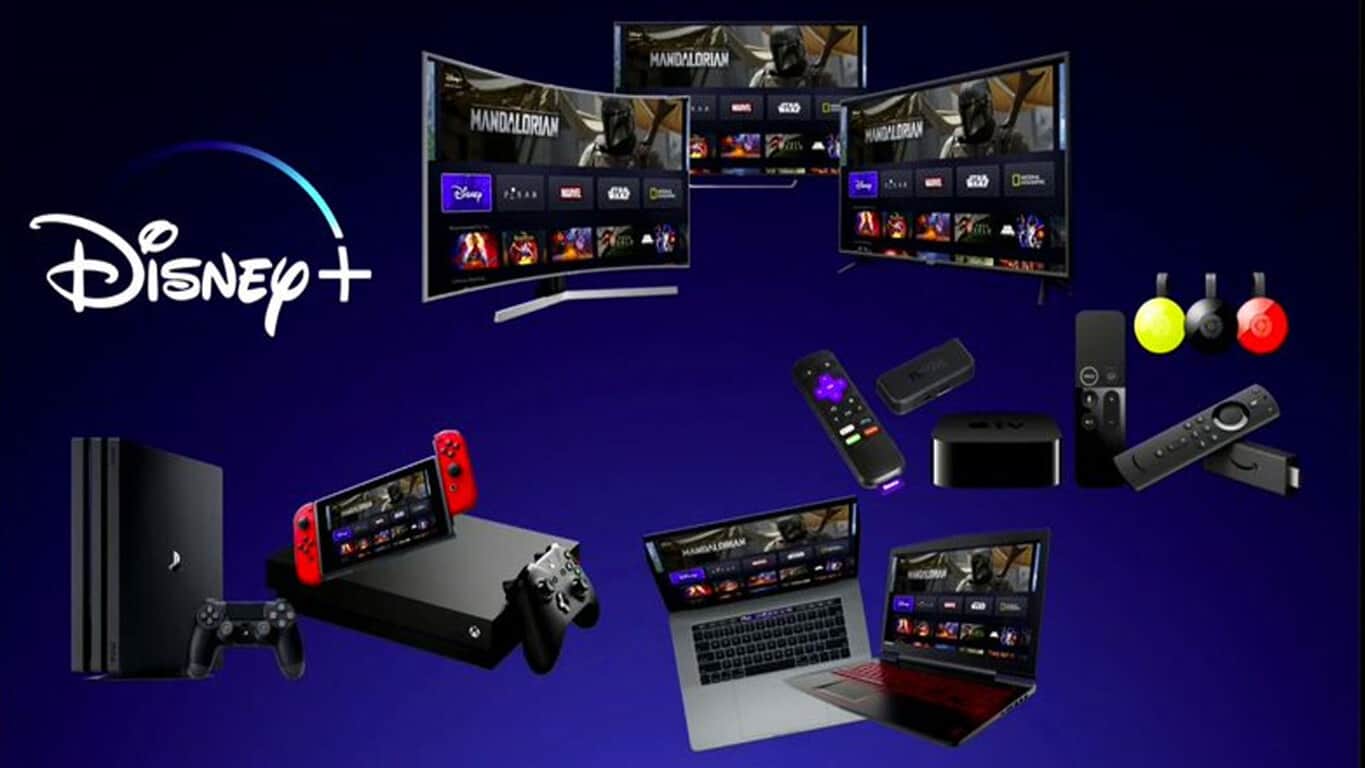 During the company’s 2019 Investor Day presentation this morning, The Walt Disney Company unveiled a host of information relating to its upcoming video streaming service, Disney+.

Disney+ will launch in the United States, this year, on November 12th and will cost $6.99 a month. It was confirmed that the streaming service would expand to all major markets outside of the US but this rollout will happen over the course of the next two years, not in the immediate future.

It all starts on November 12. For more info: https://t.co/RD04P7jdAT #DisneyPlus pic.twitter.com/M1QI7qkH5p

Like Netflix and Hulu, official apps are planned for smart devices, smart TVs, and video game consoles. Interestingly, it was said that Disney is currently in the process of securing deals with video game console companies to release Disney+ apps on their hardware. No consoles were specifically mentioned but a visual (see above) was shown featuring the Nintendo Switch, Sony’s PlayStation 4, and Microsoft’s Xbox One which suggests that an official Disney+ app will be launching on all three popular platforms.

An image of a Windows 10 laptop was also shown in the graphic which means that Disney+ will be accessible for Windows users as well. Whether this will be via an app or simply through a web browser remains to be seen.

It’s unclear if the Windows 10 and Xbox One Disney+ apps will be available on November 12th or if they’re planned to launch soon afterwards.

“Disney+ marks a bold step forward in an exciting new era for our company—one in which consumers will have a direct connection to the incredible array of creative content that is The Walt Disney Company’s hallmark,” Bob Iger said in a statement. “We are confident that the combination of our unrivaled storytelling, beloved brands, iconic franchises, and cutting-edge technology will make Disney+ a standout in the marketplace, and deliver significant value for consumers and shareholders alike.”

Disney+ will provide users with access to literally hundreds of Disney, Marvel, Pixar, Star Wars, and National Geographic films and television series. A collection of Fox titles will also be available on the streaming service including all 30 seasons of The Simpsons which will be exclusive to Disney+.

Are you excited for Disney+ and would you prefer to watch it on a Xbox One console or Windows device? Share your thoughts with the community in the comments below and then follow us on Pinterest for more geeky content.