Disney has been expanding its empire of entertainment for many years now, having gobbled up countless companies and getting a slice of every medium's market share. Whether it be in the Marvel Cinematic Universe for TV and movies, or, more recently, their dominating entry in video games: Disney Infinity. Infinity is Disney's title in the genre sparked by Skylanders years ago - a genre where players can collect real-life toys for use in the game world.
Disney Infinity 3.0 has come to Windows 10, once again offering Windows 10 users a peek into the console gaming world. This comes just as the Star Wars franchise is being added into the game, letting players enjoy all of their favorite stories, characters, and settings from the legendary sci-fi franchise. Standing alongside the characters and settings from Marvel and Pixar, Disney Infinity is boasting a pretty massive roster where most people can find something to like.
Disney Infinity 3.0 is free to download right now on the Microsoft store, and you can try out a rotating character trial to see any characters that you might like before you go dropping money on the game. 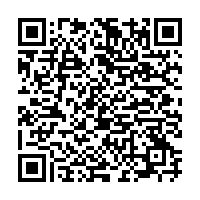