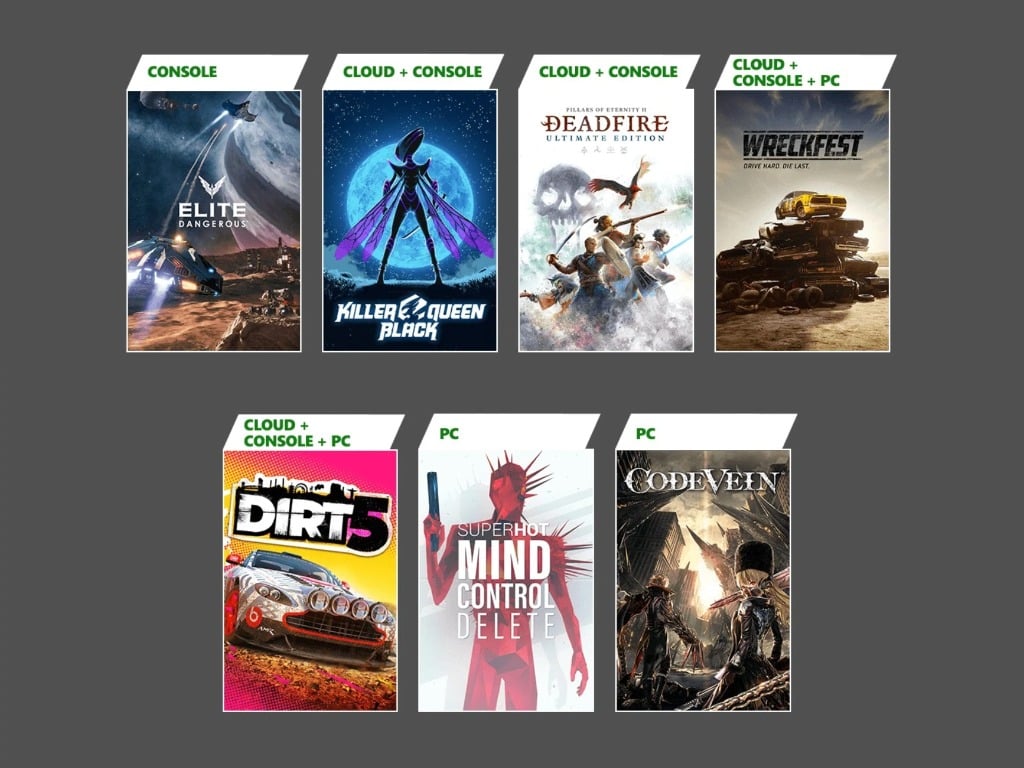 Microsoft has just revealed the second wave of new games coming to Xbox Game Pass in February. There are two new racing games with Wreckfest and Dirt 5, the latter being a cross-gen title that was also a launch game for Microsoft's Xbox Series X|S consoles. Other new titles in the list include Elite Dangerous, Killer Queen Black, and Pillars of Eternity 2: Deadfire – Ultimate Edition, and you can find all details about platforms and availability dates below:

In case you missed it, we also reported this morning that six games will also leave the Xbox Game Pass catalog at the end of the month, including Dirt 4 (to be replaced by Dirt 5), Oxenfree, and Vambrace: Cold Soul. Overall, this is a pretty good month for Xbox Game Pass with several high-profile games joining the game subscription service. If you manage to get your hands on an Xbox Series X|S, you may want to give Dirt 5 a try as this is one of the few optimized games that offers different visual settings, with the ability to push frame rate to 120FPS if your screen supports it.