Dev Channel Windows Insiders get a WSA Update Skip to content
We're hedging our bets! You can now follow OnMSFT.com on Mastadon or Tumblr! 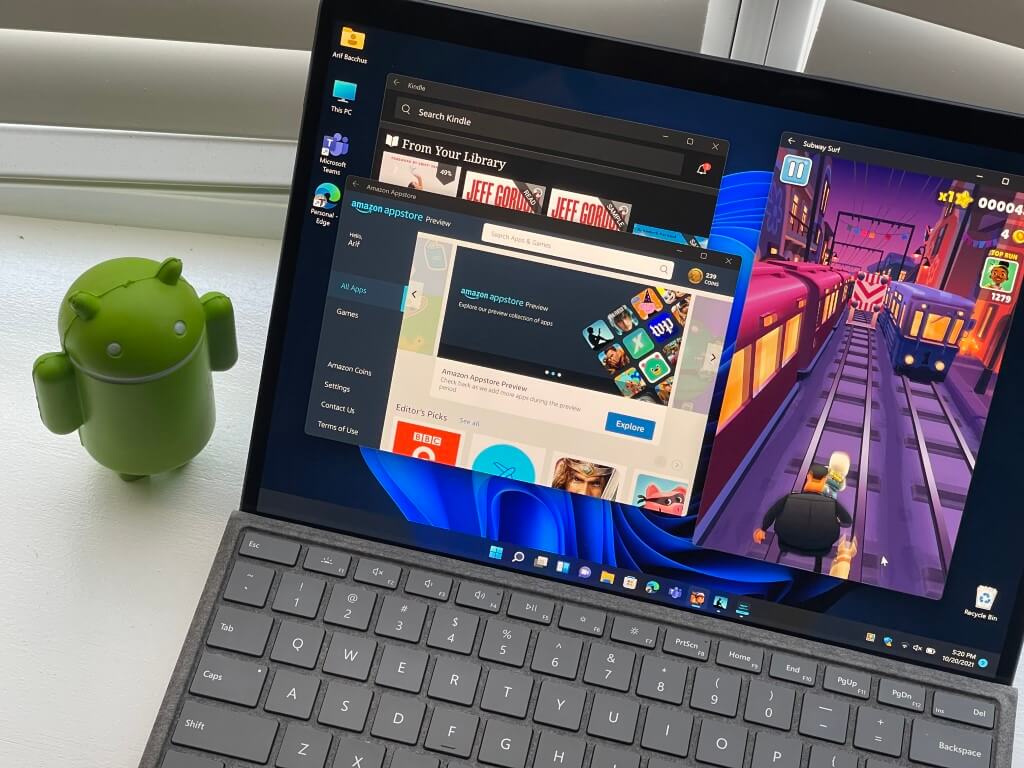 Microsoft is ending the week with two updates in the Windows Insider Program. Dev Channel Windows Insiders are getting a small servicing build, as well as a new update for the Windows Subsystem for Android. Here's the scoop on what you need to know.

The Dev Channel build is simple. It has no noted feature changes and just bumps your build up to 25120.1010, You'll see it as KB5015039 in Windows Update. Microsoft says it is intended to test its servicing pipeline. You can check our take on Windows 11 Insider Preview Build 25120, which this build services. As a reminder, that build introduces a new search box on the Windows 11 desktop.

As for the Windows Subsystem for Android update, it is quite significant. This update bumps the WSA to version 2204.40000.15.0 and includes several exciting new features and improvements. The first of those is an update to Android 12.1, another is major Windows integration improvements and a final is a new Settings app experience! Here's that changelog of new features.

It's clearly been a busy week at Microsoft, as there were many developments on the Windows 11 front. It all started when the OS hit broad deployment status earlier this week. Happy downloading, Windows Insiders! And remember to submit that feedback to help make Windows great for everyone.