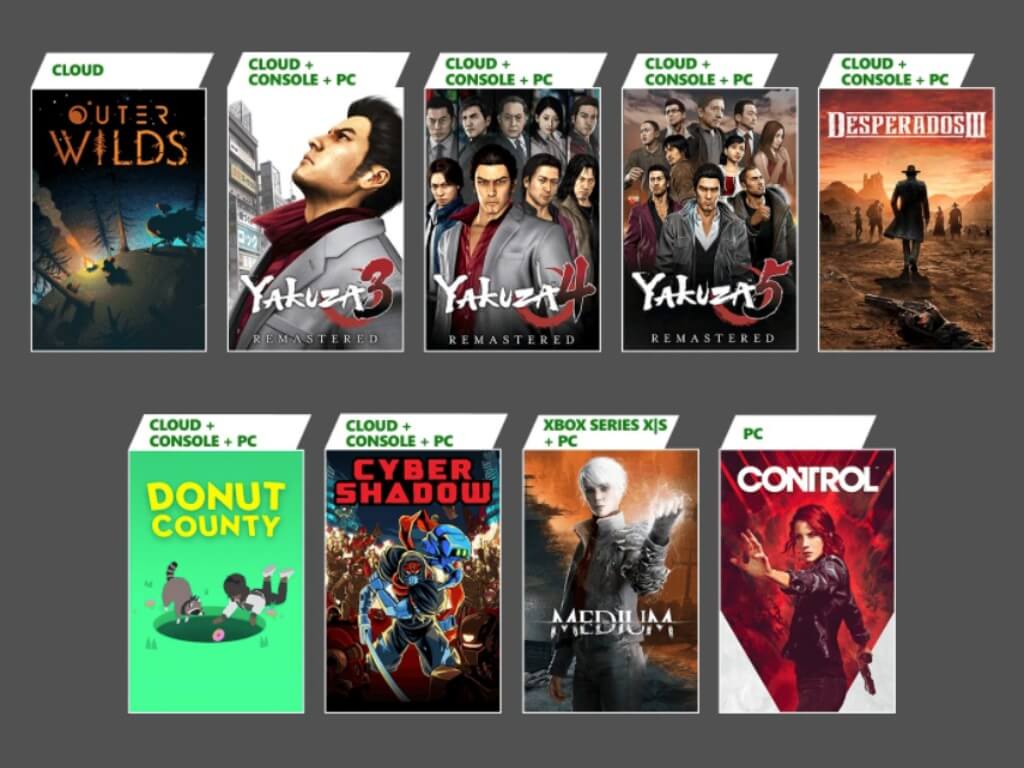 Microsoft has just announced the second wave of new Xbox Game Pass titles for the month of January. There are a couple of previously-announced additions such as Control on PC, the Yakuza Remastered Collection, and the Xbox exclusive The Medium, but the western-themed tactics video game Desperados 3 is a nice surprise.

The Medium, which will join Xbox Game Pass for Console and PC on its launch day, is the first Xbox Series X|S exclusive game of 2021. The game was initially expected to be released on December 10 alongside the flawed but overhyped Cyberpunk 2077, and we hope this small delay was for the best. The Medium is a psychological horror game where players will be able to navigate between two dimensions, and you can already pre-load it on your Xbox Series X|S console or PC.

Besides The Medium and Desperados 3, more Yakuza games are coming to Xbox Game Pass with the Yakuza Remastered Collection. You can also count two new [email protected] titles with Donut County and Cyber Shadow, and the excellent Xbox One game Outer Wilds (not to be confused with Obsidian's The Outer Worlds) is also coming to Android devices this week.

You can find the full list of new Xbox Game Pass games and their respective release dates below:

Last but not least, eight games will leave the Xbox Game Pass catalog later this month on January 29: The list includes Death Squared, Death's Gambit, Final Fantasy XV, Fishing Sim World: Pro Tour, Gris, Indivisible, Reigns, and Sea Salt. If you have yet to try Xbox Game Pass, you also have until January 25 to enjoy your first 3 months of Xbox Game Pass Ultimate for just $1, which represents a cool $44 discount.