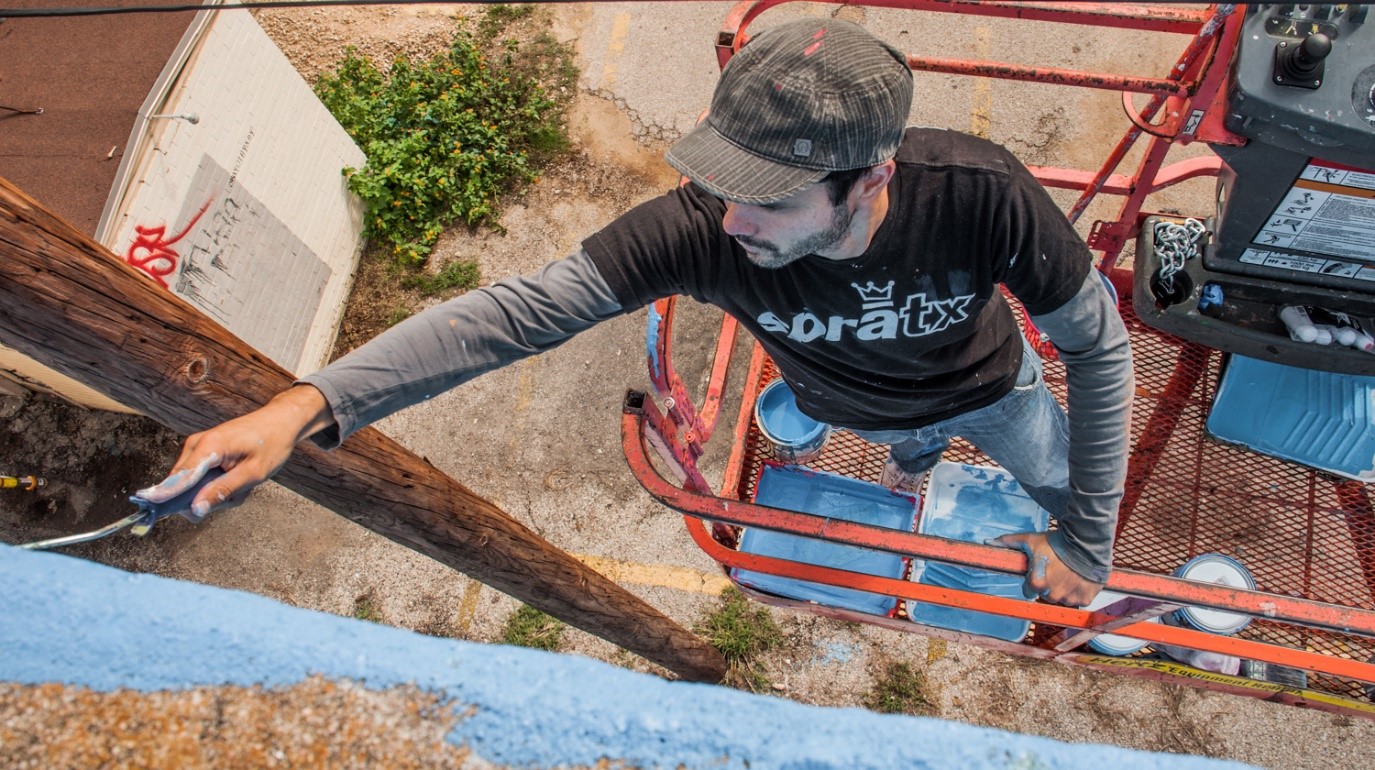 Microsoft has arguably never been great at marketing its services or hardware to consumers, but thanks in part to the new Designed on Surface series, artists and real-world users are helping to do some of the heavy marketing lifting for the company. In the latest installment of Designed on Surface, Microsoft highlights the creative talents of Austin, Texas artist Lucas Aoki.

Not be confused with world renowned DJ Steven Aoki, who also partnered with Linkin Park and the Surface team for its Surface Remix Project, Lucas Aoki uses his Surface create wall-sized murals throughout the city of Austin.

Aoki is best described as a street artist whose work combines spray paint and traditional wall paint to cultivate a canvas of artistry. Beginning back in 2011 with his first major wall piece, Aoki’s creativity and technique have only progressed, and thanks to the use of a Microsoft Surface Book, he’s been able to better visualize his pieces before laying paint to walls.

To help centralize his brainstormed ideas, Aoki works with a Surface Book that houses an Intel Core i5 processor and packs 8GB of ram for quick renders in apps such as Photoshop or Adobe’s Creative Cloud suite. One neat technique Aoki uses with the Surface Book is projection. Aoki will sit down and create a piece on the Surface Book and then use the ports on the device to help project and scale the entire image onto a full-sized wall, giving him greater vision and direction to his murals.

The Designed on Surface series, while predominately an internet campaign, is an example of Microsoft’s slowly evolving marketing techniques. Perhaps, rather than spending billions on break-dancing children and dubstep remixes, Microsoft has learned that getting their great products into the hands of consumers is the best message being told.

Everything that's new in OneNote for January 2016