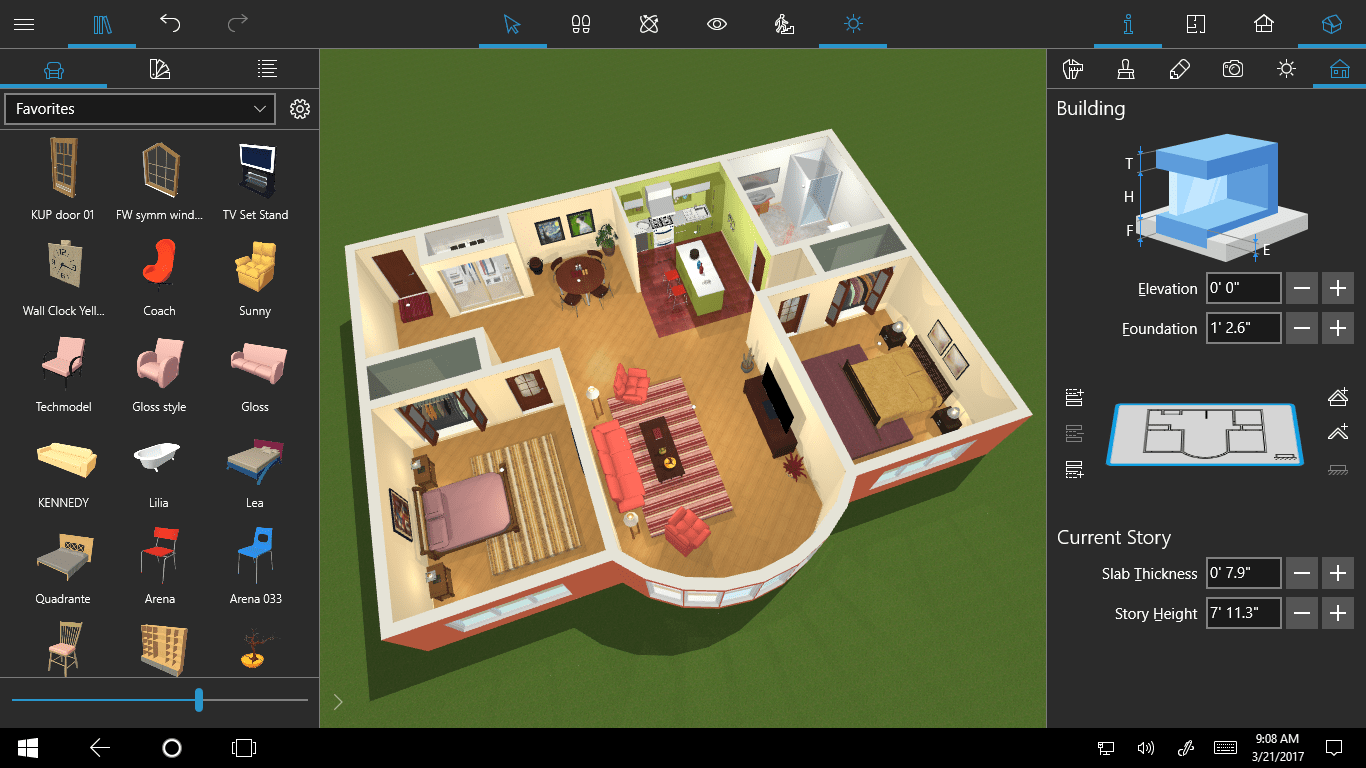 Microsoft's Creators Update is still gathering its sea legs among early adopters as it's only a couple of weeks into its release, but some developers are already rushing to explore the new 3D platforms built into the latest Windows 10 update.

Software developers BeLight created Live Interior 3D a little while back for the Windows Store but with updated APIs in the Windows 10 Creators Update it seems they were emboldened to beef up their app.

Live Home 3D has been redesigned from the ground up and showcases a new look while offering flexible workspace. Version 3.0 introduces the ability to take an immersive 360° panoramic images and videos of an interior and upload them to Facebook, which makes Live Home 3D unique among home design programs. 360° videos can be viewed in Chrome, Opera, Firefox, or Internet Explorer.

However, BeLight brought new Pro Edition features to the updated app such as:
- Elevation view mode that lets you explore 2D side view of your house, which is especially helpful when you need to insert panels, niches or openings into a wall or a roof side or simply adjust doors, windows and furniture.

- Roof tool that allows the user to add custom shaped roofs to a project.

For the creative interior designer or engineer, head over to the Windows Store to download Live Home 3D for FREE. The app does include in-app purchases to unlock the various pro features and the price ranges from $9.99 to $19.99. The discounted offer for Live Home 3D will only last until May 23, 2017 so interested parties should rush to the Store while the offer last.

Pre order Call of Duty: WWII on Xbox One now

The second-largest buyer of Forza Horizon 3 on PC? China of course