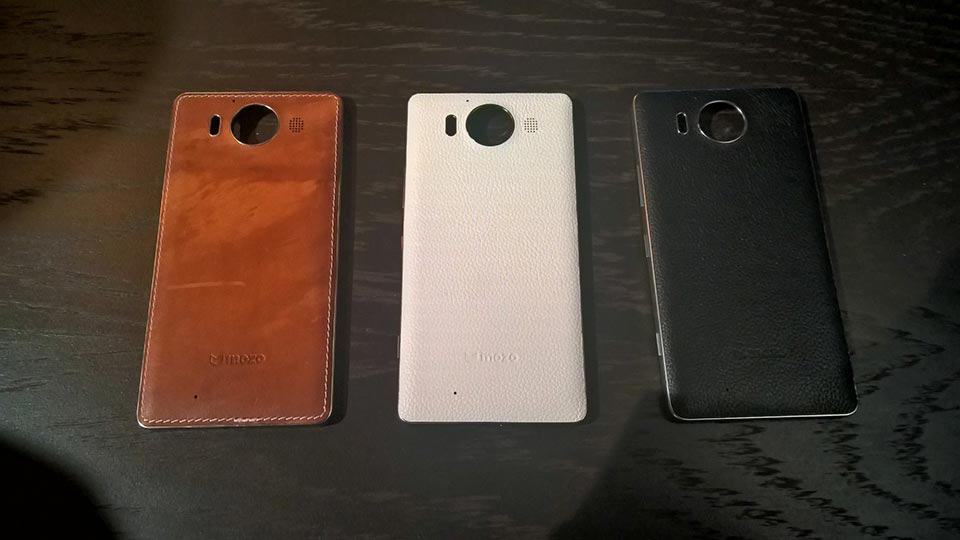 Distribution may be low, carrier availability a murky quagmire, and unlocked prices are a bit steep for some, but once you own one of the new Lumia 950s, customize to your hearts content. The history of Lumia’s and 3rd party accessories has been a relatively short one, both in the number of accessories and the amount of 3rd party involved in making them.

Fortunately, this time around, Microsoft is attempting to address that history head on with its Designed for Microsoft Lumia program. As the name would imply, Microsoft is encouraging 3rd party accessory makers to join the program to make official accessories for new Windows phones.

During Microsoft’s Windows 10 devices keynote earlier this week, we had a chance to see Mozo leather backings on display for the Lumia 950 and 950XL. Mozo, a Finland-based designer accessory provider, has been named as an official case maker and brings metallic rimmed, faux leather backings in ivory, black red and brown to the 950 phones. Another accessory maker by the name of Krusell, based out of Sweden is also on Microsoft’s list of official case makers.

As previously mentioned, legit or official accessories for Lumia in the past have been hard to come by for many users. For most, the accessories were either retrofitted Galaxy or LG cases. In rare events, Microsoft would also offer some accessories, but with the new program, Microsoft is offloading that burden onto companies that specialize in the industry.

The Designed for Microsoft Lumia program is a two-fold approach to addressing the lack of official accessories Windows Phone fans have suffered through while also providing variety for the devices. For the people who thought the Lumia 950’s looked low-end, now have a chance to fix that without having to wait for another flagship or sacrificing on specs.

Mozo cases will soon be available for pre-order as will the Krussell offerings. At least some of the cases presented are Qi-enabled as well, and yes ATT will support Qi wireless charging. Hopefully, this will be a standard going forward so Windows Phone users won’t have to sacrifice features for style.