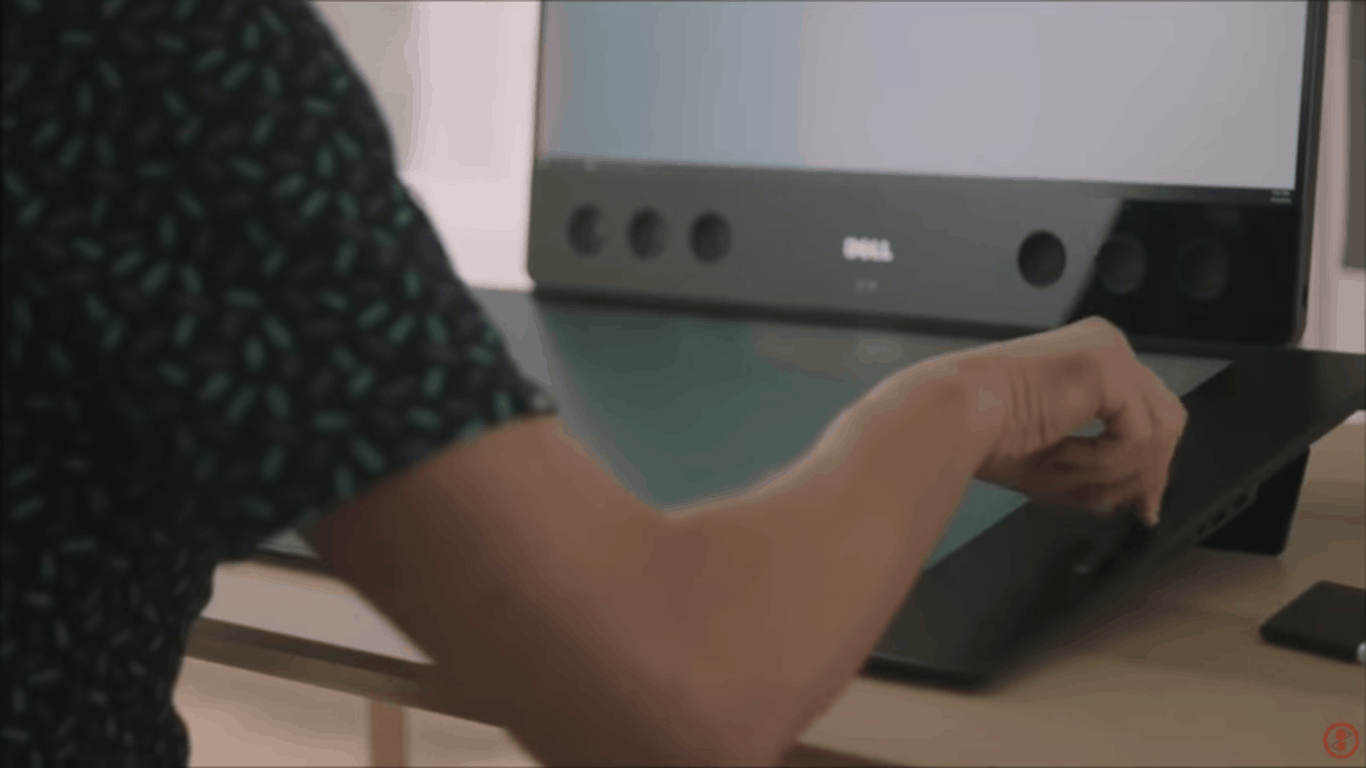 Riding on the coattails of the recent Surface Studio announcement by Microsoft last week, Dell has released a video teaser (via The Verge) of their own take. The video was shown at the Adobe MAX conference which is currently underway and seems to show that Dell's new creator's workstation is focused on video/image editing.

The large desktop monitor is similar to that of Surface Studio except for the six speakers towards the bottom. But what sets this device apart from others is the lack of keyboard. Yes, Dell is tossing out the accessory completely in favor of using the touch screen complete with pen dock. The most recognizable aspect was the recreation of the Surface Dial, the haptic peripheral that Microsoft also announced alongside the studio.

Dell's workstation is likely to be the less expensive version of Surface Studio in line with other products they've made before. The tag line of "Welcome to your new work space" is scarily similar to Microsoft's sales pitch to turn our desks into a studio. Of course, for some, the Dell version will be a welcome alternative to the starting price of $2,999.

You can view the full video on The Verge. Clearly, Microsoft Surface strategy of showing OEMs how to make increasingly innovative and high-quality products is already starting to pay dividends in desktop PCs as well.

Here's why Slack really should be worried about Microsoft Teams

Microsoft Teams is now available on all major platforms, Windows 10, Android, and iOS