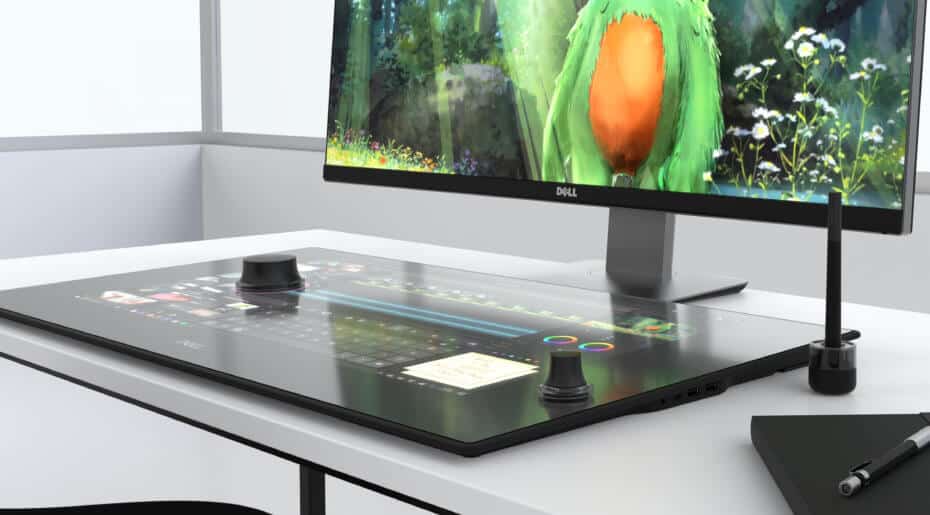 The 2017 Consumer Electronics Show is still rolling on, and so are the announcements from tech companies. We have just learned (via VentureBeat) that Dell has unveiled a $1,799 Canvas display which may very well end up a Surface Studio Competitor.

The Canvas Display is not a computer, but rather a flat 27-inch anti-glare QHD display which can be connected to a Windows 10 desktop, tablet, or laptop.  Just as with the Surface Studio, one can also draw on the Canvas Dispay with a pen, move around using touch gestures, or control certain UI elements with a Surface Dial like contraption which Dell calls a "Totem."

The similarities to the Surface Studio may end there, though, because Dell's Canvas Display can not be tilted up to various angles. Dell rather envisions users making use of the Canvas alongside an existing display, or laptop.  Another difference worth noting is that the "Totem" accessory only works on the screen, and can not work if it is sitting on the desk by itself.

Pricing on the Dell Canvas is $1,799 (blessedly cheaper than a $3000 Surface Studio,) and availability will begin on March 30th, 2017.  Do you think this display may end up competing with the Surface Studio? Let us know what you think of this latest CES news by dropping us a comment below!

Microsoft India gets a new boss, and he talks about his vision for transformation

Here are some tips for successful cloud collaboration