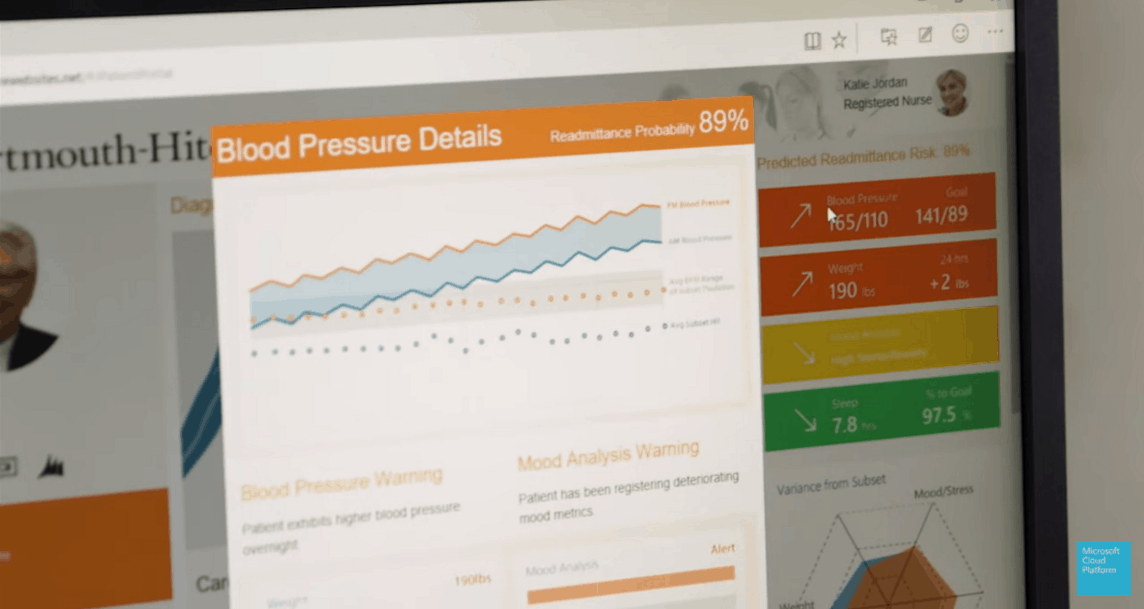 Healthcare has always been a tough nut to crack. In a world where people only go to see doctors once they’re already sick, it’s always felt like our defense against health risks was reactionary, and not preventative. With the help of Microsoft and Cortana Analytics, Dartmouth-Hitchcock is looking to revolutionize this approach to healthcare.

The system being used is called “ImagineCare”, and it’s using Cortana analytics in a way that has patients and doctors no longer visiting problems after they happen, and instead cultivates a living healthcare environment that catches problems before they happen.

ImagineCare uses Cortana analytics to get its information through the use of health sensors (presumably the Band 2, as that’s what is shown in the video below) that track your health and see if adjustments need to be made. More exciting than that, ImagineCare can even help you with mental health by monitoring social media, and recognizing certain tones of voice when speaking to nurses.

More than just keeping track of one individuals health, Cortana analytics allows this data to be compiled and analyzed so that Imagine Care can continue to evolve. ImagineCare can learn more about people of similar ages with similar diseases, becoming more efficient as time goes on.

When ImagineCare comes to the conclusion that something is wrong, it sends an alert to a nurse who will then reach out to the individual and determine if further action needs to be taken. This use of Cortana analytics is an extraordinary step in the right direction, making early intervention possible for serious health risks that could otherwise be tragic. By utilizing the cloud and the Internet of Things, the folks at Dartmouth-Hitchcock are onto something that’s truly incredible. ImagineCare will be rolling out to 6,000 patients this fall, and Dartmouth plans to distribute it to health organizations across the country.