Darksiders II: Deathinitive Edition received an update today that fixed a few bugs and finally added support for 4K resolution when played on an Xbox One X console.

The game launched way back in 2015 and a 4K update had been promised since last year but it was seemingly delayed for unknown reasons.

Darksiders II Deathinitive Edition is a re-release of the popular Xbox 360 version of Darksiders II video game for Xbox One consoles. It includes all of the downloadable content from the original version and also has some improved game balancing and improvements when it comes to its loot distribution.

The Deathinitive Edition of Darksiders II also boats an improved graphics engine and plays in 1080p on an Xbox One or Xbox One S console. The game is available to purchase on its own or as part of a Darksiders collection. It can also be played as part of Xbox Game Pass.

Have you been waiting for this update? Are you excited to play Darksiders II Deathinitive Edition in 4K? Share your thoughts with the community in the comments below and then follow us on Pinterest for more Xbox gaming content. 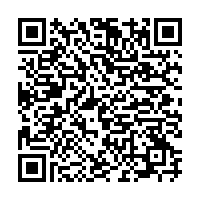