Continuing the positive trend of big names giving attention to Microsoft's platform recently, The Daily Mail has released its official app for Windows 10.
The app seems to be a direct port from an older version on other mobile platforms, with very little changes in UI to conform with Windows 10's design guideline: this means no hamburger, instead there's a three-dot symbol on the top right that serves the same function. While the app looks uninspiring in terms of design, the decision to have a pivot menu bar at the bottom of the screen should make one-hand phone users and lamenters for the old Modern design happy.


While the official listing says the app works on "mobile device, PC," there seems to be only screenshots from the mobile version of the app on the Windows Store; strangely enough, the app is also currently incompatible with Windows 10 desktop, at least on a Surface Pro 3. This suggests that the app is not yet a Universal Windows App; the reason as to why The Daily Mail haven't made one to save themselves future troubles is curious, however understandable given Slack's recent answer to a similar inquiry.
Nevertheless, for readers of the online newspaper, the app should be a welcoming convenience, and will serve its functions fine, while we wait for Windows 10 to get significant enough for a dedicated, well-designed app (hopefully it's getting there). 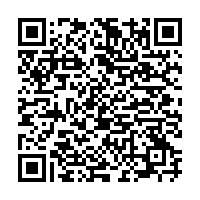