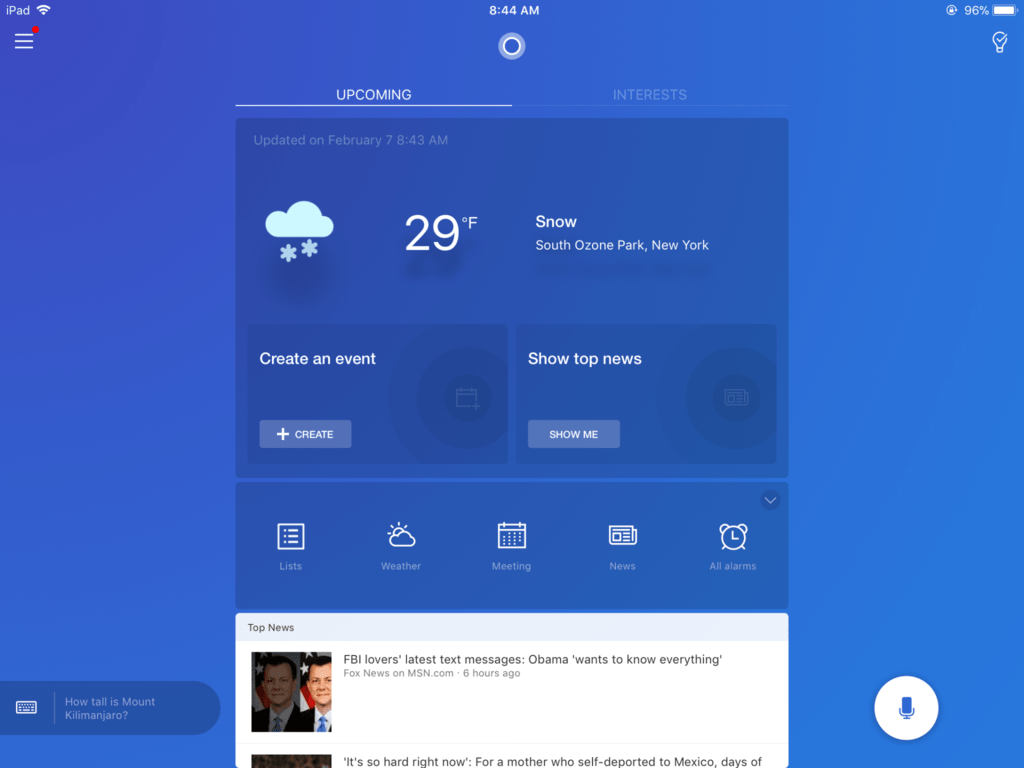 Microsoft today released an update for the Cortana app on the iPad. The update introduces a brand new design for the experience and also helps the app launch up to 20% faster (via Thurrott.com)

Many should be seeing the Version 2.6.8 update now in the iOS App Store, though it may be rolling out slowly so everyone may not have the update at first. Regardless, all users should notice the new full-screen layout (seen in the featured image above) of Cortana on iPad once the app is updated. It still keeps to the familiar card-style layout (with a lot of empty space) but is coming as a change over the previous upscaled and enlarged UI on iPad.

This update also helps Cortana launch 20% faster, so it may not be one to miss. Given the rumors that Edge will be coming to iPad soon, there are definitely exciting times ahead for those iPad users who are also in the Microsoft ecosystem. Feel free to check out the updated Cortana iPad app via the link below and let us know your thoughts on this update in the comments.