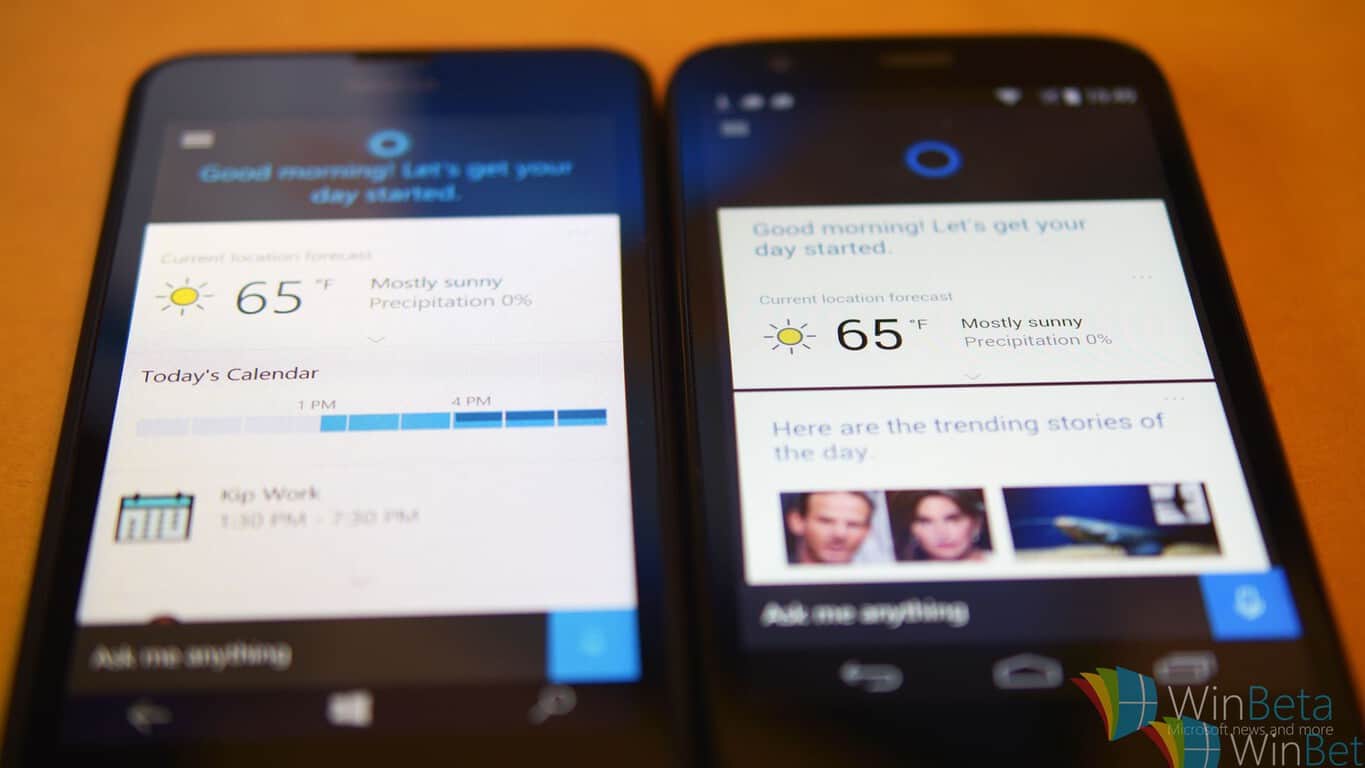 Back in May, the Windows team announced that the Windows Phone exclusive digital assistant was destined for other platforms. The plan for Cortana’s expansion included a debut on Windows 10 devices followed by beta testing on iOS and Android platforms. Last month, a leaked APK pointed at the imminent launch of a beta Cortana for Android. Just a couple of weeks after Windows 10 introduced Cortana to a wider audience, the Windows team is announcing the official release of Cortana available for public beta on Android.

The Cortana app can do most of the things Cortana does on your PC or on a Windows phone. With the app, you can manage your hectic lifestyle by setting and getting reminders, searching the web on-the-go, tracking important information such as flight details as well as starting and completing tasks across all of your devices.

While the Android beta version of Cortana host, many of the same features as its Windows 10 and Windows Phone counterparts, Android users will miss out on a few Windows exclusives for now. Among the missing features are hands-free ‘Hey Cortana’ commands, as well as using Cortana to toggle settings or open apps. However, the Windows team will be continually working to get Cortana up to speed on Android. “Since we launched the closed beta, we’ve also made several improvements to the experience including the ability to set Cortana as the destination for the home button press. Now access to your personal digital assistant is just a button-press away,” according to the Windows team.

When Microsoft first announced Cortana leaving the Windows stable, many die-hard Windows users were left scratching their heads. Now that Windows 10 has landed on a rumored 50-60 million devices, perhaps Microsoft’s ambitious cross-platform strategy for Cortana will begin to make sense. If you are interested, head over here to snag the Beta app.