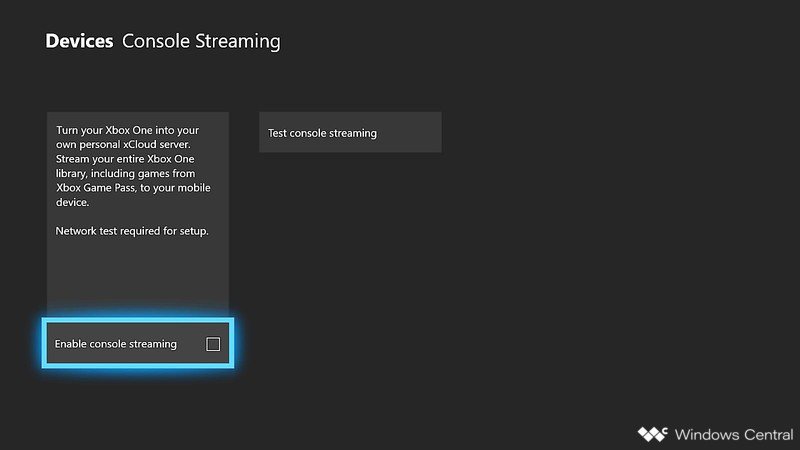 Back at E3 2019, Microsoft announced that an upcoming console streaming feature would allow Xbox One owners to transform their console into a personal xCloud server. This feature will make it possible to stream any game from your Xbox One library to mobile devices, and it will require your console to stay on all the time.

This should be a nice complement to Microsoft’s full-fledged Project xCloud service, which will only launch in beta in select markets in October. The console streaming feature is also expected to make its debut with the 1910 Update for the Xbox One, and Windows Central managed to get some screenshots showing the setup process on the console.

To enable console streaming on Xbox One, a preliminary network test will be necessary to identify any issues related to bandwidth, network latency, and more. The feature will also require a recent Xbox Wireless controller with Bluetooth, and the console will also need to be configured to use instant-on power mode. 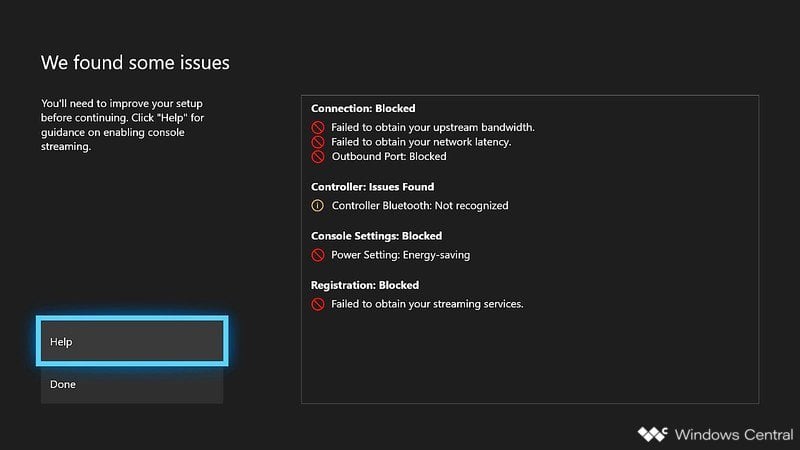 Once all game streaming requirements are met on the console, the setup process will need to be completed on a mobile device using a Preview app that Microsoft has yet to launch. Users will also be required to connect the same Bluetooth-enabled Xbox controller that has been previously paired with the console. 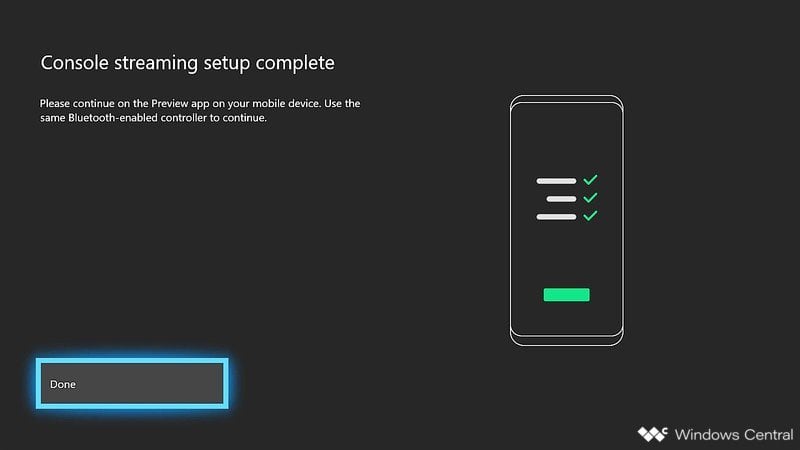 Microsoft already lets Xbox One owners stream games to a Windows 10 PC using the Xbox Companion app, though this feature require the Windows 10 PC and the Xbox One console must be on the same home network. This new console streaming feature will be just for mobile devices, though it's still not clear if it will work on both Android and iOS.

Console streaming will likely ship first to Xbox Insiders who are already testing the Xbox One 1910 update. We hope to get more details about this feature later today during the special Inside Xbox episode at 8AM PDT.