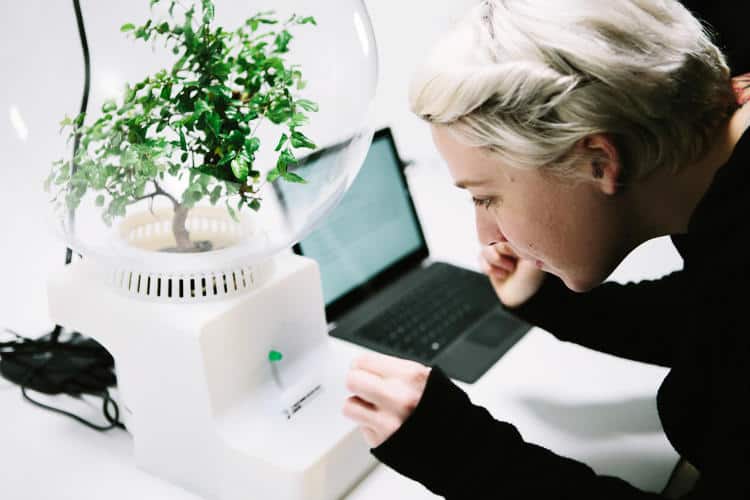 The communication of our natural environments has always fascinated biologists. Studies have shown that when a plant is in distress, it releases a volatile organic chemical (VOC) that will inform other plants around it of the impending danger. In return, the other plants begin to emit a similar VOC that can deter animals and attract more dominant insects as calvary. It's a romantic notion that while the original plant might suffer, the rest of the plants have sufficiently staved off the threat and continue to thrive. It's that poetic display of communication that inspired Helene Seiner to begin Project Florence, where while working at Microsoft Research she took a more artistic approach to bridging technology and nature.

Steiner is a post-doc researcher that spent most of her time as an artist-in-residence for Microsoft Research learning to talk to plants. Beginning as an artistic approach to bridging technology and nature, Project Florence bloomed into a project that Microsoft felt like digging its hands into. 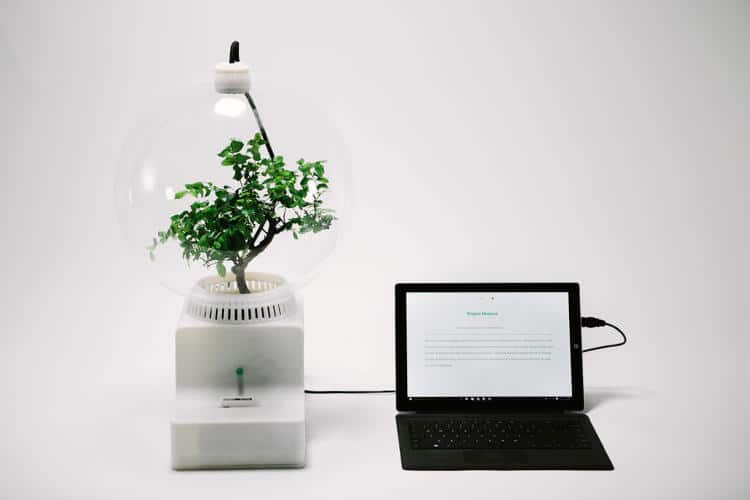 Asta Roseway from Microsoft Research explains that the project wanted to create an idea based around the Internet of Things concept. Instead of technology talking to technology, the team took an entirely different approach.

"We wanted to create an idea around the Internet of Things. That seems to be a hot topic, all things connected, and we wanted to generate another kind of future where we're getting away from 'your refrigerator talks to your watch!’ We wanted to make a radical departure there."

A plant is stored into a blank device that controls its environment. Words are sent through a computer monitor, broken down into chemical compounds, then transmitted to the plant via multifrequency light pulses. The plant then returns communication through the machine. The message of the plant's symbiotic responds through the use of Twitter, finding a like message that best envelopes the sentiment of its status. For example, sending a comforting message would display with long red blinks which in turn will encourage it to flower as a natural response.

Now what started as a simple creative idea has taken flight. Microsoft developed a large interest in Project Florence, mostly driven by groups in agriculture and engineers that sought to expand on it. "It’s engineers sitting with biologists sitting with software [developers]. That kind of cross-collaboration is essential for emerging technologies," Roseway explained.

As Microsoft Research delves deeper into the studies, the project gets larger and larger. This summer the company will build up hydroponics and aquaponics farms. The visionary that started it all, Helene Steiner, will continue to work closely with Microsoft, helping scientists and developers better understand the plant's electrical and chemical. "You could really think about bringing a natural environment into our technological world, rather than putting technology everywhere into our environment," Steiner shares.

While the idea of plants speaking to us in Tweets seems a bit farfetched, the sentiment is one to be admired. At the very least, Project Florence will be a stepping stone to understanding and developing a more sustainable agricultural system for our future.