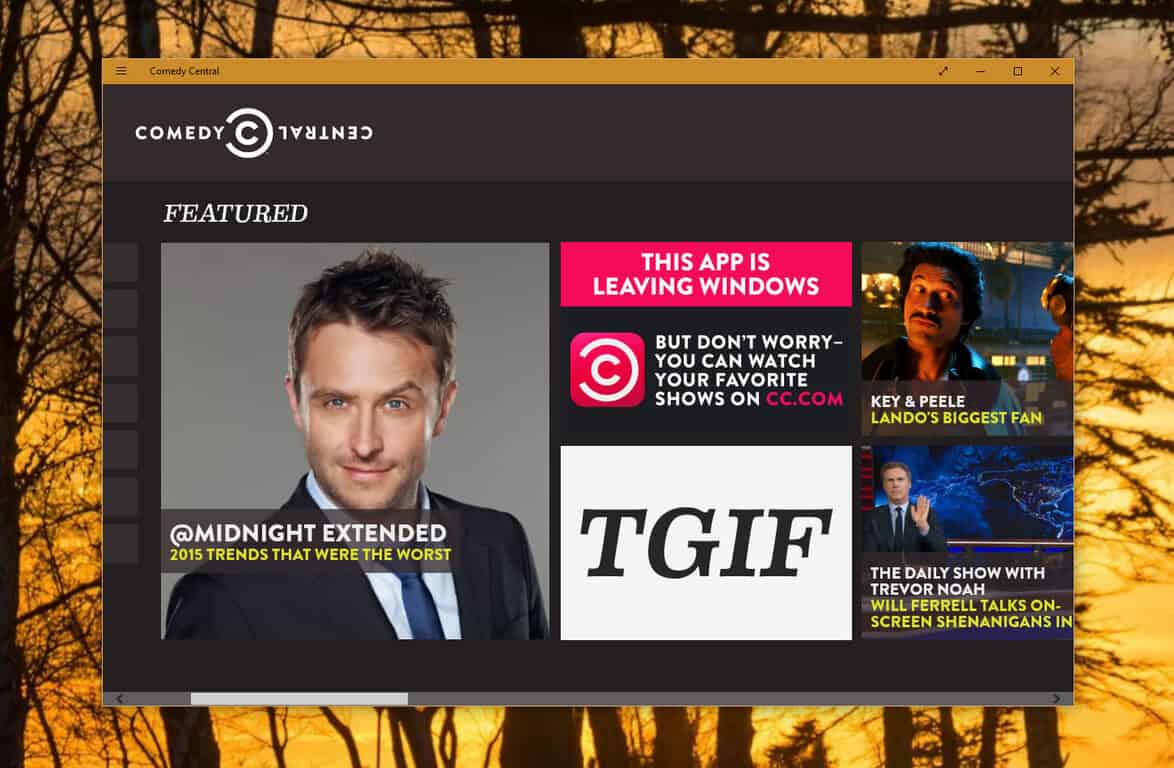 It looks like the official Comedy Central app for Windows 10 is going away. Users of the app are greeted with a message that says, “this app is leaving Windows.. but don’t worry, you can watch your favorite shows on cc.com.” No word on exactly when the app will be removed and why.

The official Comedy Central app made its debut on Windows 8.1 and Windows Phone back in July of 2014, offering fans an easy way to watch the latest episodes of their favorite Comedy Central series. At the time of this post, the app has an average rating of 3.2 and has numerous negative comments regarding app crashes and more.

Perhaps Comedy Central is retiring this app while working on a new Universal Windows 10 app. We’ll just have to wait and see. Let us know in the comments below if you use this app.