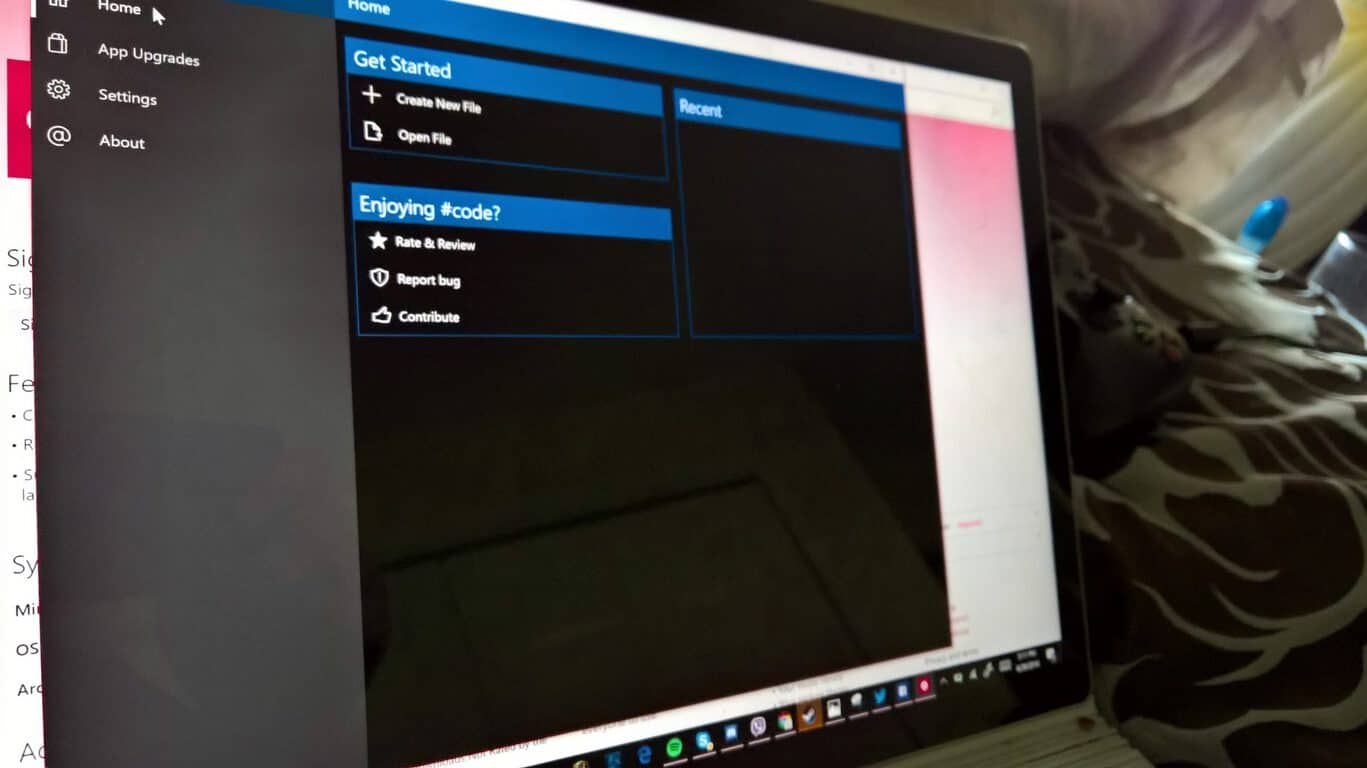 As it stands right now, we're not exactly drowning in good apps for Windows 10. When compared to mobile appstore powerhouses like Google Play and Apple's App Store, we're currently caught in an app drought born from a general lack of interest in the platform.

On account of this rough first year for folks that want to make full use out of the Windows store, we celebrate anyone who's willing to come on and add to the slowly growing list of solid apps on the store. Adding to that list of developers today is #Code, a UWP app that lets developers compile code online.

Here are the features of #Code, as listed by the developer of the app on /r/WindowsPhone.

#Code currently supports C, C++, Java, C#, Python, PHP, Javascript, VB.NET, Perl, Ruby, Pascal and SQL - and that list is growing. Sporting over 30 slick themes to edit in, #Code seems like it's a visually pleasing and versatile code editor and compiler, and could be a valuable tool for any developer. The app is currently in its youngest stages, but it does seem like it's starting off on the right foot with a robust set of features. We'll see if anything else gets added to #Code to make it stand out even further from the crowd.

It's important to note that the app does include a few in-app pucrhases, however. If you want to unlock the new themes, remove ads, or add console input, you're going to need to pay up. At the time of writing, these in-app purchases are not working, but that's likely because the app is so young and things are still being polished up. If you want all of the extra features in #Code and guaranteed access to all future additions, you can also buy into a "Pro" version.