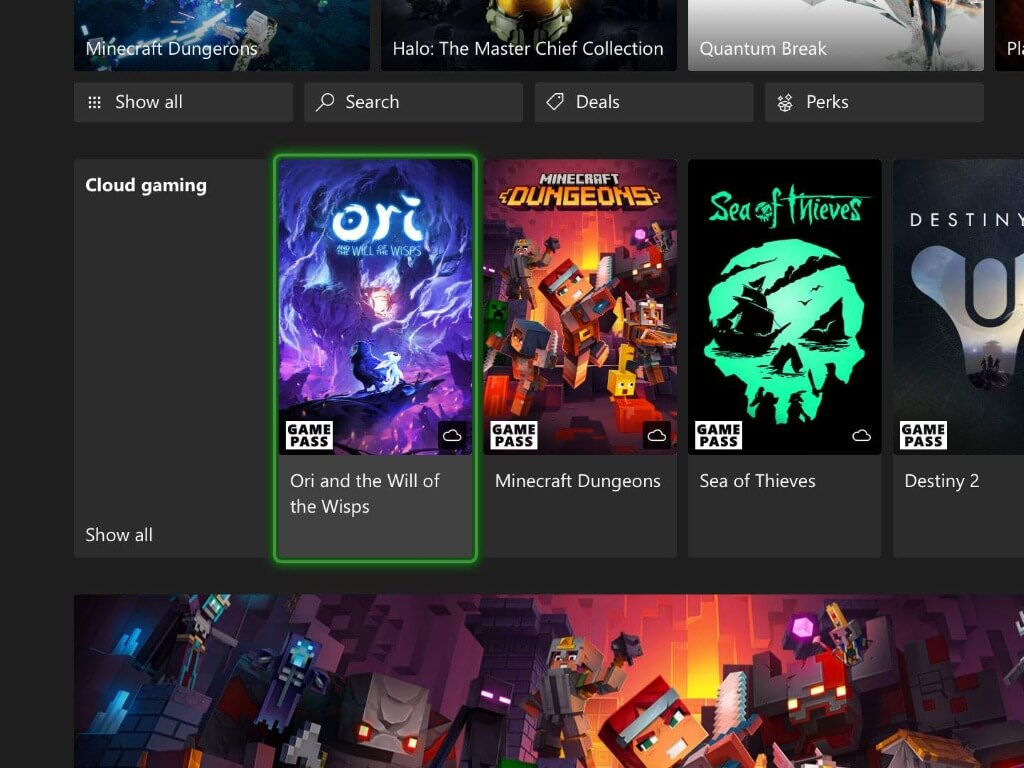 Microsoft is ready to bring Xbox Cloud Gaming to Xbox One and Xbox Series X|S consoles this fall. During its gamescom digital event today, the company announced that it enable cloud gaming to all Xbox consoles this holiday season, allowing gamers to play games from the Xbox Game Pass catalog with the click of a button.

Cloud gaming on Xbox consoles will require the same Xbox Game Pass Ultimate subscription that also provides access to cloud-enabled games on the web and mobile devices. This feature will definitely be a big deal for Xbox One gamers who will be able to play next-gen games like Microsoft Flight Simulator and The Medium from their last-gen Xbox console. However, cloud gaming will also make it easier for all Xbox gamers to interact with the ever-increasing Xbox Game Pass catalog.

Microsoft will start testing cloud gaming on Xbox consoles with Xbox Insiders later this fall, and the Xbox team will soon share more details about the rollout. "To ensure the highest quality experience across the broadest set of devices, we will support up to 1080p and at 60fps just like Xbox Cloud Gaming (Beta) across PCs, phones and tablets,” the Xbox team said today.