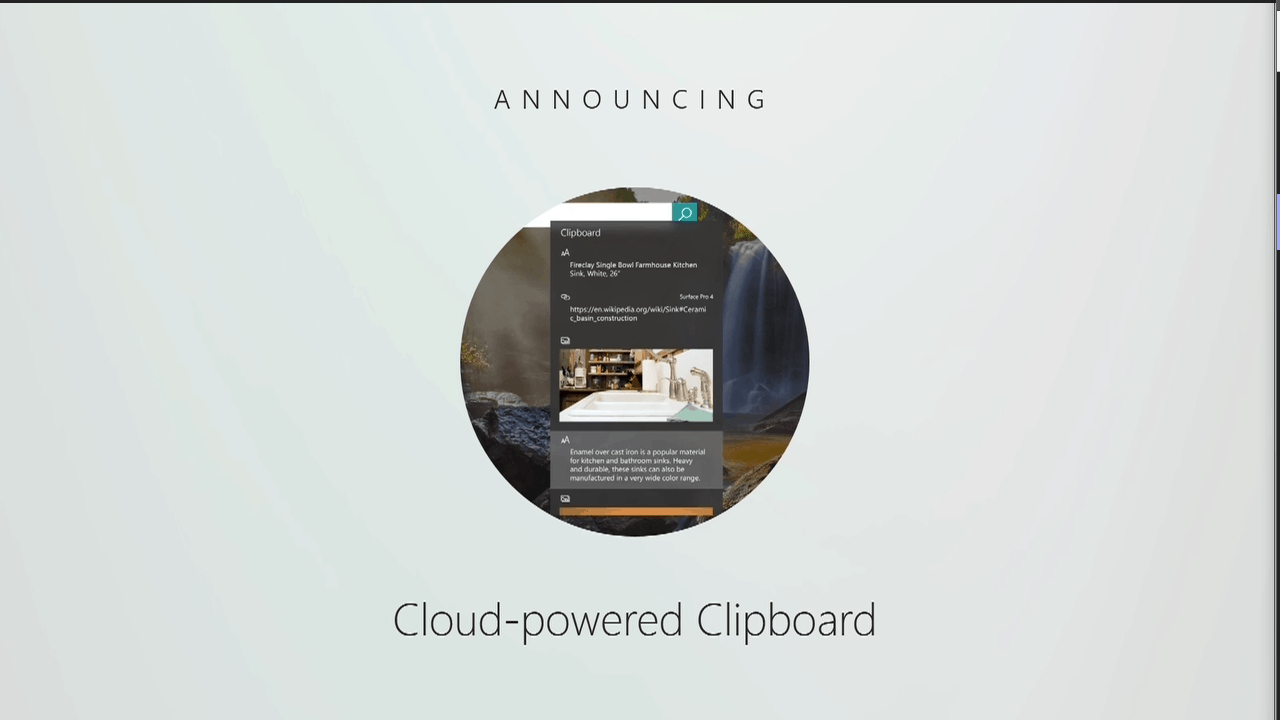 More signs of Microsoft’s Cloud Clipboard have been discovered in the freshly-released Windows 10 RS5 build 17643 this week. Microsoft first unveiled the feature last year at Build 2017, presenting it as an easy way for easily copying content from a Windows 10 PC and pasting it to other devices, but the company has been pretty mum about it so far.

A couple of months ago, Microsoft watcher Rafael Rivera found a Cloud Clipboard prototype in the Windows 10 Insider build 17004, but it wasn’t functional. But following the release of the RS5 build 17643 yesterday, tech detectives Tero Alhonen and WalkingCat have found more traces of the feature in the Group policy settings for this build (via MSPoweruser). More precisely, they found an “Allow Clipboard synchronisation across devices” policy as well as a “Allow Clipboard History” policy in the Windows 10 Group Policy Editor:

The description for the “Allow Clipboard synchronization across devices” policy explicitely says that the cloud syncing between devices will require a Microsoft account or Azure AD account to work. It remains to be seen if Cloud Clipboard will officially make its debut with the Redstone 5 update later this year, but Microsoft will likely more share more details about the feature next month during Build 2018.

The Division now plays in 4K on the Xbox One X

Long shot: Could the next Xbox be Intel-powered?