Clippy is front and center on Microsoft's latest holiday ugly sweater - OnMSFT.com Skip to content
We're hedging our bets! You can now follow OnMSFT.com on Mastadon or Tumblr! 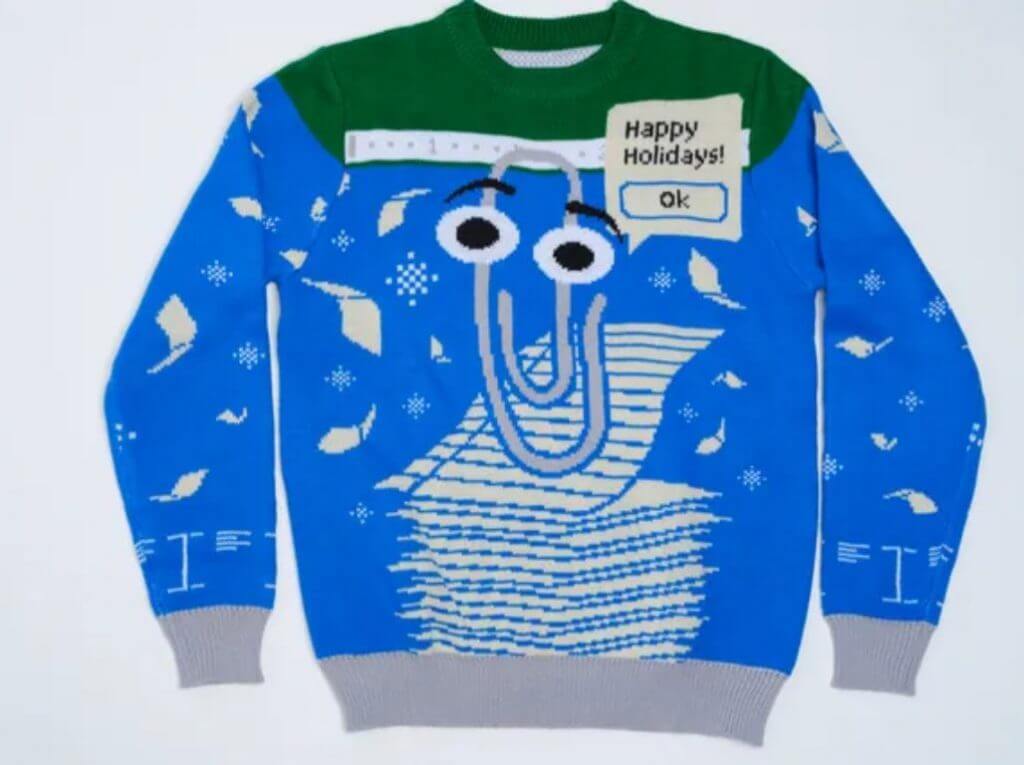 You might remember Clippy, as the paperclip-shaped assistant that once served as a key feature in Microsoft's Office suite of products. It often helped users with suggestions about writing letters and more.

However, the feature was replaced by the Office 365 Microsoft Search box, which is considered to be "more helpful" than Clippy because it is located at the top of the ribbon and out of your way. Clippy would often pop up at the most inconvenient times.

And now, as the festive season is right around the corner, Microsoft is ushering it in with an ugly sweater again. Unlike last year's entry which was Minesweeper-inspired, this year Microsoft is featuring Clippy.

This marks five years since Microsoft started production of these ugly sweaters and three years since the company opened them up for sale to the general public.

The senior social media manager at Microsoft, Megan Muehleman told The Verge that it all started back in 2017 when they made up three ugly sweaters and posed a question to the public asking which ugly sweater would they like to rock. The public went berserk over them, a year later Microsoft started production with their first piece inspired by the Windows 95 logo.

Clippy has always been in the back of our heads. We’ve always discussed it every single year. It was just always never the right time.

If you want to get yourself this year's ugly sweater from Microsoft, head on over to the Xbox Gear Shop where you'll be able to get it at $79.99. The proceeds Microsoft gets from this venture will be directed to the College Success Foundation on top of its $100,000 donation.

In recent times, we've seen the feature trying to make a comeback. For instance, when Microsoft made Clippy  the new Office paperclip emoji, it was also featured in Microsoft's official Tiktok account, and finally, it made its debut in Microsoft's Halo Infinite video game.

Will you be getting Microsoft's ugly sweater this year? Let us know in the comment section below.

The Witcher 3: Wild Hunt next-gen update to release in December

The Files app for Windows is set to get a major update, now available in preview