Clipchamp Video Editor Gets a new Logo Skip to content
We're hedging our bets! You can now follow OnMSFT.com on Mastadon or Tumblr! 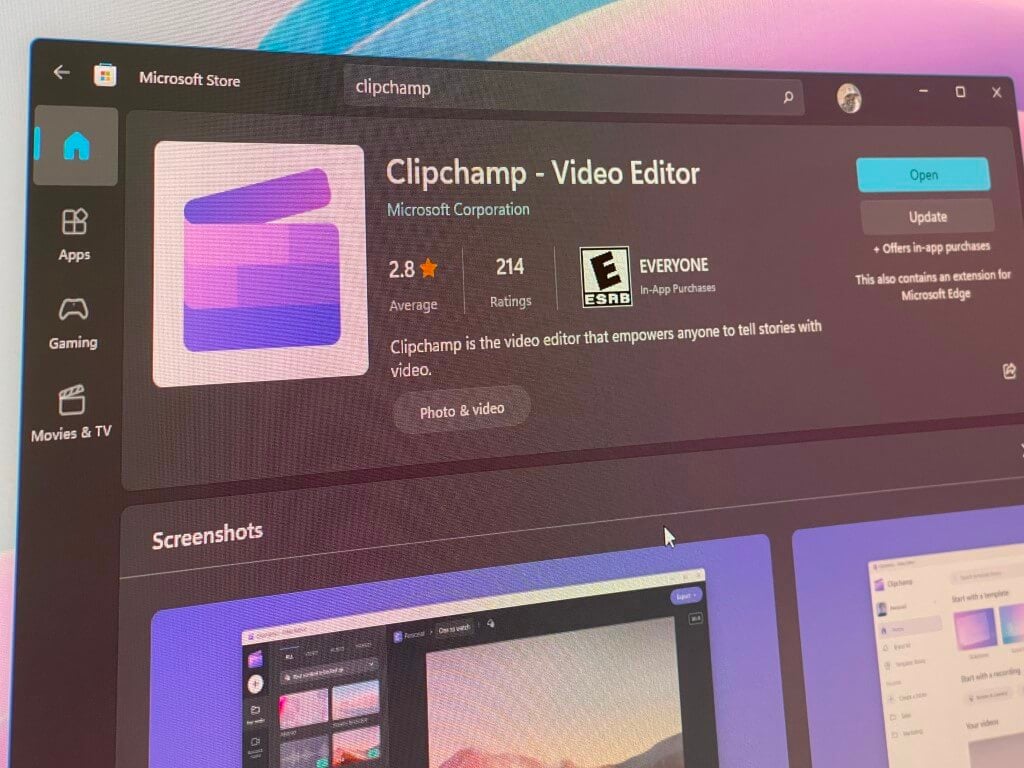 If you've been using Clipchamp recently, you might have noticed that the service now has a new logo. Inspired by Windows 11, the fresh logo features touches of Fluent Design, while also making it a bit more evident as to how it is a video editor.m If not, you can learn more about it here.

This new Clipchamp logo has a white background, and a purple film slate (which is the object directors use in film production.) It's a nice change from the old logo, which didn't really suggest that Clipchamp was a video editor. As a reminder, that old logo was more of a "C" to showcase the company's own branding. This newer logo lines up with Microsoft's own app identities, especially since Clipchamp is owned by the Redmond giant.

In addition to the new logo, the Windows 11 PWA app for Clipchamp also has a new splash screen. The screen appears on the first launch and prompts for Microsoft Account or other third-party login permission.

Overall, it's definitely nice to see that Microsoft is now adding more of its own touches to Clipchamp, making it obvious that it owns the service. If you're curious about Clipchamp, check our hands-on review, and podcast episode where we talk about the experience.

(Thanks, NopWORKS for the tip!)