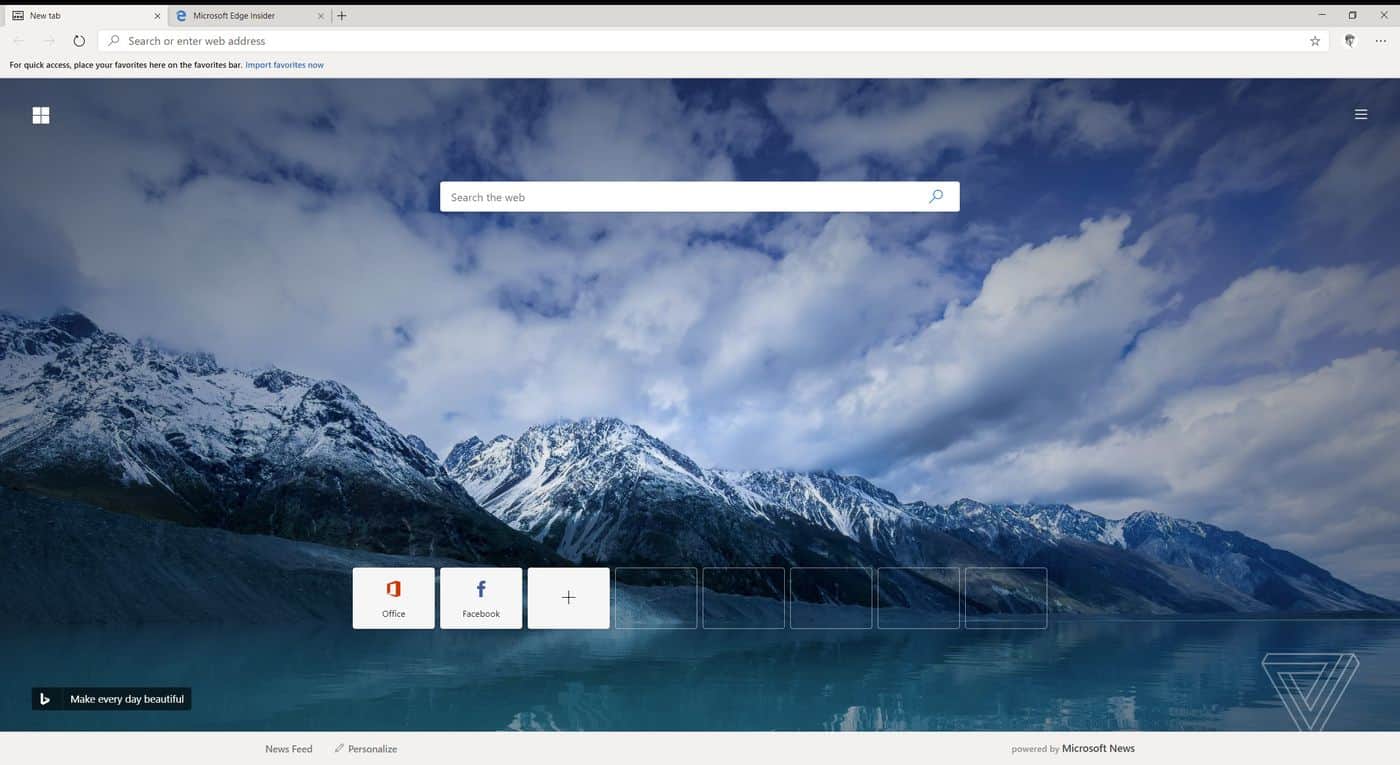 As Microsoft rebuilds its Edge browser on Chromium, The Verge has secured a first look at an early version that Microsoft is testing internally.

Unlike the early builds, where Edge looked annoyingly similar to Chrome, this version makes it look and feel like an app on Windows. The screenshots reveal that the UI is a mix of Chrome and Edge – almost a ‘neither here nor there’. At this stage, we’re not sure if Microsoft would go for a balanced mix between the two in terms of the final user interface or continue to add its own little touches all over as they go along.

Once this Chromium version of Edge is installed, the setup screen prompts you to import favorites, passwords, and browsing history from Chrome or Edge (depending on your default) and pick a style for the default tab page.

At the moment, you can only sync favorites, but not settings, history, extensions, open tabs, passwords, and autofill information. Some signature Edge features too are missing at the moment, like dark mode and the set aside tabs feature.

The browser supports extensions with a dedicated extensions page for Microsoft-approved ones. You will also be able to install Chrome extensions from Google’s online store by flipping a switch in the settings. Tom Warren from The Verge confirms that several extensions he tried, like 1Password and Ghostery, work just like they do in Chrome.

The first look and the screenshots suggest that this early version of Edge built on Chromium is quite polished and Warren notes that it’s also very fast to launch and browse around with.

While Microsoft has not shared any timeline for the launch or the beta availability, it looks like if the company’s developers can keep up this good work, a stable beta could arrive very soon along with more extensive information about it shared at the Build 2019, Microsoft’s annual developer conference, to be held in May.