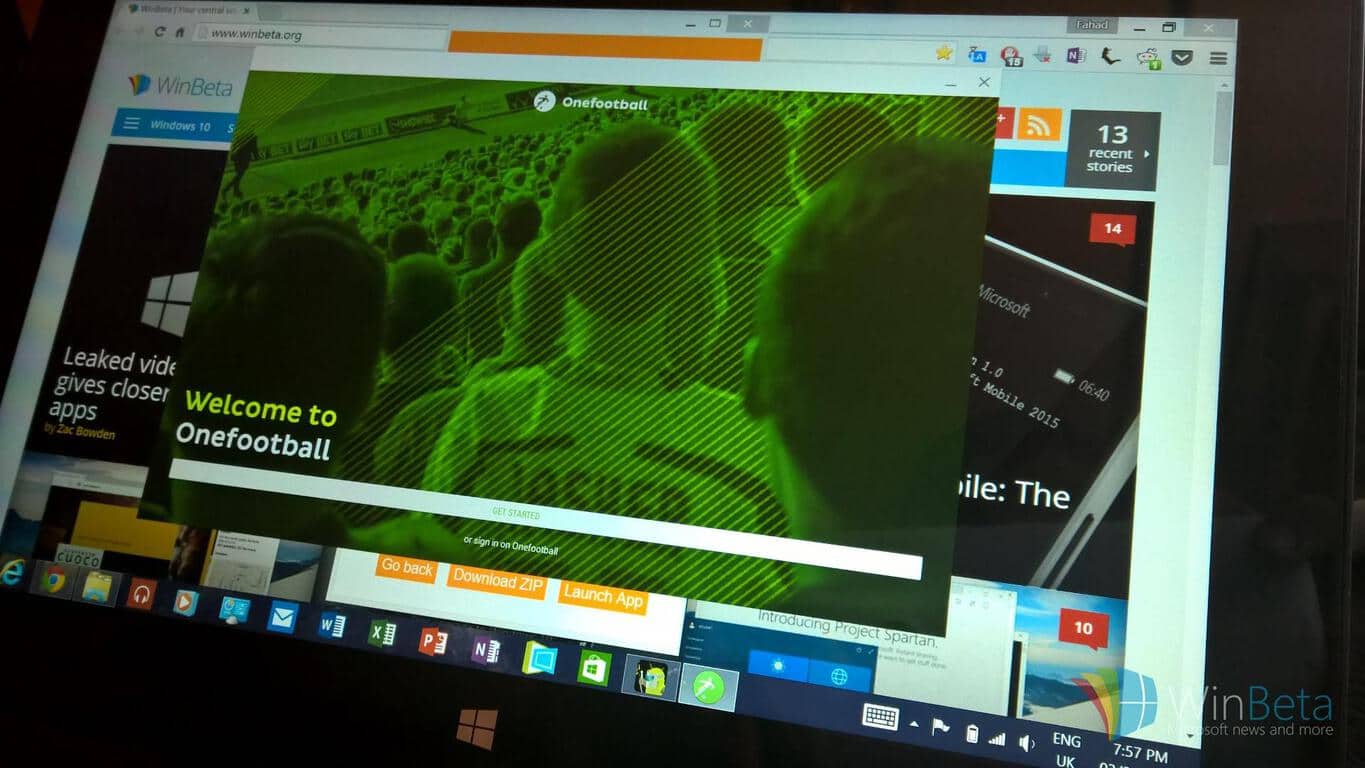 If Microsoft Edge is not your preferred browser on Windows 10, it seems that Microsoft might gave you special treatment. As we reported last year, users of Chrome or Firefox may receive Windows 10 notifications telling them that Microsoft is a safer and more battery-efficient option, a behavior that some of you could see as intrusive.

However, if Microsoft can’t convince more users to try Microsoft Edge, the company may now want you to try its browser extensions for third party browsers. Indeed, according to a report from Myce, some Chrome users on Windows 10 may receive a notification inviting them to download Microsoft Garage’s Personal Shopping Assistant Chrome extension. The notification appears right over the Chrome icon in the Windows task bar:

If you’re not familiar with it, this browser extension was introduced last year in the Chrome web store before being released for Microsoft Edge a couple of months later. If you do a lot of online shopping, Microsoft’s Personal Shopping Assistant can be quite useful as it lets you save your browsed products, notify you on price changes and more. However, according to recent reviews on Chrome Web Store, some Windows 10 users who were notified about this extension are clearly not happy about it. One of these users wrote:

Installed this so I could leave this review. I’m uninstalling it right after. Microsoft Windows 10 popped up a notification when I launched Chrome tonight, telling me I should install this extension. Basically, they forced a popup ad into my Windows experience, and interfered with my use of my computer to push this waste of time onto me. They should be banned from the Chrome store because of this.

Last year, Microsoft was heavily criticized for its over-aggressive push with Windows 10 updates, and the company could once again be walking on a very thin line. Indeed, just a week after announcing new privacy controls in the upcoming Creators Update,  the technology giant still has a some work to do to convince users that Windows 10 is no more “intrusive” than previous versions. Is Microsoft shooting itself in the foot with these kind of notifications? Sound off in the comments if you think the company is going too far here.

Thanks for the tip, Jan Willem!