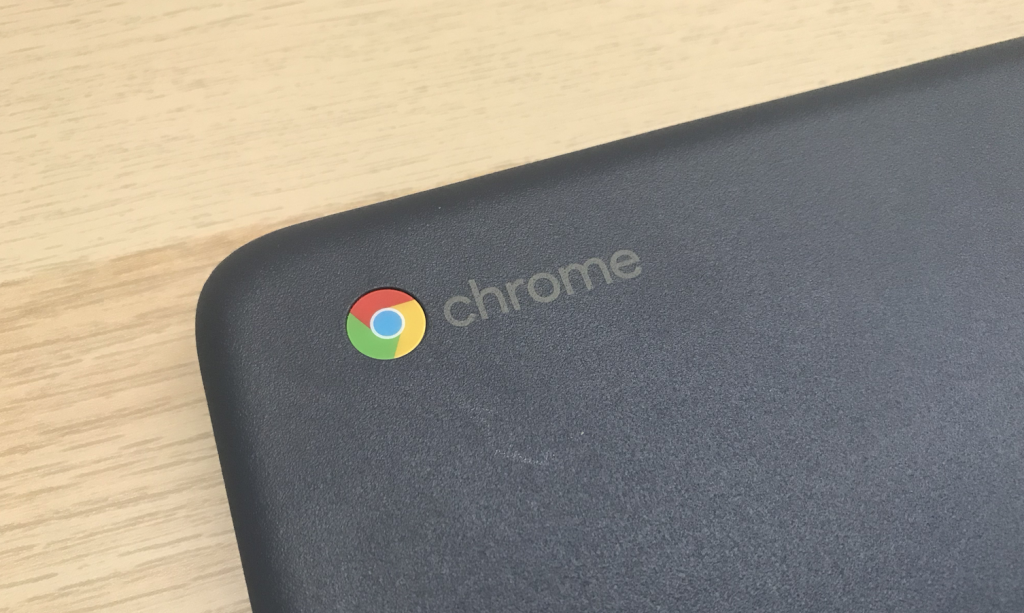 This is a bit hard to believe, but Google’s Chrome OS operating system is almost 10 years old. Google initially announced the Linux-based platform in June 2009, but the first commercial devices didn’t start shipping until July 2011.

From the beginning, Chrome OS has been criticized as a very limited platform restricted to a glorified version of Google Chrome, with users being restricted to using web apps. During the Ballmer era, the lack of “real” desktop apps like Microsoft Office on ChromeOS is something that the Redmond giant specifically pointed out during its infamous “Scroogled” ad campaign.

Flash forward to 2020, and the Chrome OS situation is quite different. Modern Chromebooks now ship with the Google Play Store and support most Android apps, and Google also added support for Linux apps on Chrome OS. The Wine-like app CrossOver also allows Chromebooks users to install Windows apps, but the virtualization tool remains an experimental solution.

There’s definitely a lot to like about Chrome OS, which runs flawlessly on low-end hardware. The same thing could be said about Windows Phone back in the day when Android offered a poor experience on cheap smartphones. Unfortunately, Chrome OS seems to suffer from the same problems that plagued Windows Phone for years: a persisting app gap, and Google being slow to iterate on an OS that doesn’t really have a killer feature. 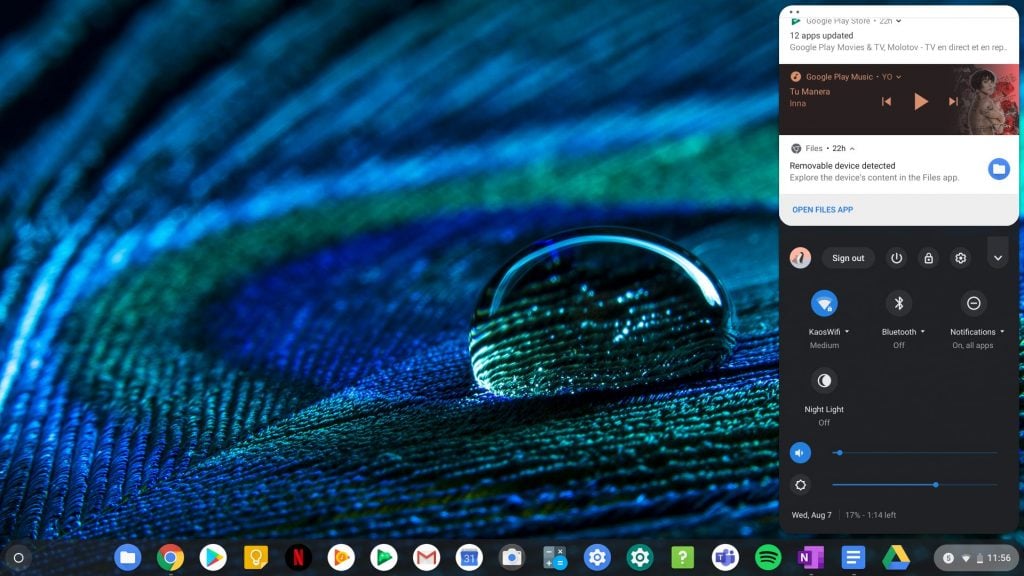 Chromebooks are currently doing very well in the US education market, and Google’s brand new Pixelbook Go (which we reviewed) seems to suggest that Google now wants Chromebooks to be taken seriously as an alternative to Windows laptops. However, there’s definitely a perception problem that Google still needs to overcome, and even people well-versed into the Google ecosystem may have a hard time recommending a Chromebook as a daily driver. Despite the web being a great and versatile platform, Chromebooks and web apps are definitely not for everyone.

David Ruddock, the managing editor of the reputable Android blog Android Police shared his disillusionment about the state of Chrome OS in an interesting op-ed titled “Chrome OS has stalled out." After using Chromebooks for ten years, Ruddock explained that Android apps on ChromeOS are a poor replacement for native apps:

This "solution" has basically become an insult to Chrome's users, forcing them to live inside a half-baked Android environment using apps that were almost exclusively designed for 6" touchscreens, and which exist in a containerized state that effectively firewalls them from much of the Chrome operating system. As a result, file handling is a nightmare, with only a very limited number of folders accessible to those applications, and the task of finding them from inside those apps a labyrinthine exercise no one should have to endure in 2019. This isn't a tenable state of affairs—it's computing barbarism as far as I'm concerned. And yet, I've seen zero evidence that the Chrome team intends to fix it. It's just how it is.

In some way, Chromebooks can do less than the cheap netbooks that PC manufacturers 10 years ago. Chrome OS still has no built-in Photo Editor or solutions for light audio or video editing, forcing users to look for web or Android-based alternatives. "I say this even as one of the few people who can do 95% of my job on a Chromebook: that 5%, when you really, really need it, is more than enough reason to avoid a platform entirely. And for many others, it's much more than 5%: it's their entire workflow,” Ruddock said.

The longtime Chrome OS user also pointed out that Chromebooks are still lagging behind Windows laptops in terms of support for basic features like desktop customization (you can’t put any files or shortcuts or the Chrome OS desktop), dark mode, or network-attached storage. Chrome OS also lacks a way to mirror notifications from an Android phone, and there are currently more synergies between Android and Windows 10 thanks to Microsoft’s Your Phone app. Lastly, biometric authentication recently appeared on the Google Pixel Slate, but it’s nowhere to be seen on other Chromebooks.

"Even as someone with all the love in the world for Google's hardware design team (the Pixelbook is truly a wonderfully designed laptop), it frustrates me endlessly to see such excellent hardware showcasing a platform that has very much begun to languish. It's like going through all the trouble of building a beautiful custom home... and then filling it with furniture from Walmart. The failure to fulfill that potential is maddening,” Ruddock said.

The whole piece is a great read if you’re a bit familiar (or not) with Chromebooks, and it’s quite an unexpected way to kick off 2020 from the managing editor of a popular Android blog. Google deserves credit for making Chrome OS a relatively successful niche platform in just 10 years, but according to Statcounter, Chromebooks accounted for just 6.53% of PCs used in the US in December. 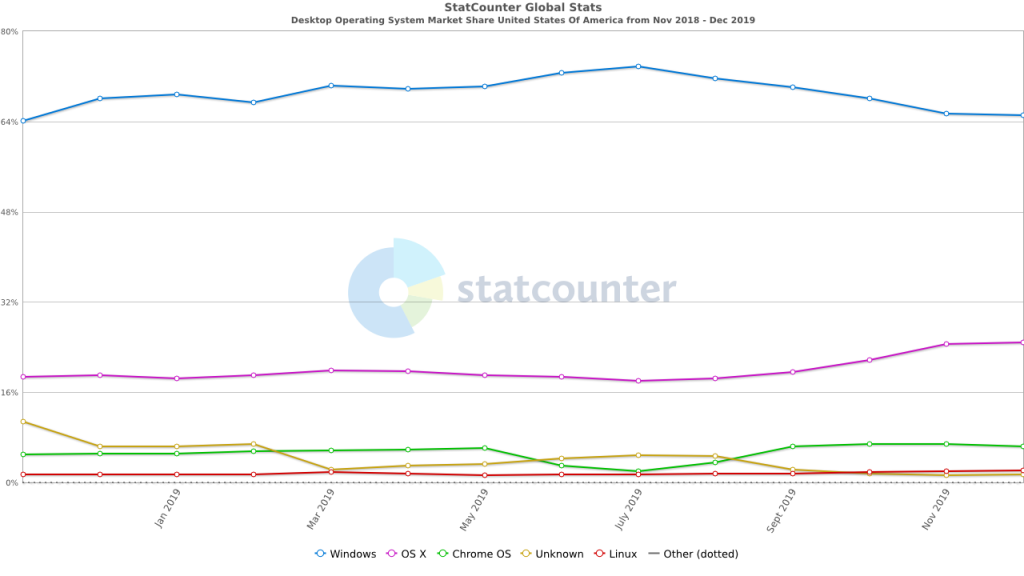 Launching a new platform is very hard, and the fact that Google, a company that's usually quick to kill off products that didn't catch on pretty early, remains committed to Chrome OS after ten years is quite interesting. Even though the OS doesn't get major new features that often, Chrome OS currently shares its six-weeks release cycle with Google Chrome, and Google also has Chrome OS Dev and Canary channels to test new features with early adopters. It remains to be seen if Microsoft will be able to rival that with Windows 10X, the lightweight version of Windows 10 that will make its debut on the Surface Neo later this year.

DiRT Rally 2.0 is free to play this weekend with Xbox Live Gold